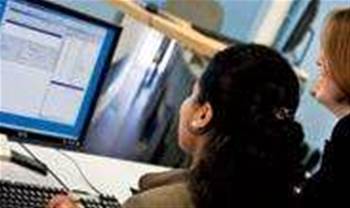 Poorer-than-expected business software sales have forced analysts to significantly revise their spending forecasts for 2009, while Microsoft has urged the UK government to support smaller software companies or see them go out of business.

Gartner now estimates that global spending on enterprise software will reach US$244bn in 2009, down from its earlier prediction of US$253bn for 2009 made in September this year, though still up 6.6 per cent on the projected total for 2008.

Gartner's research director for European enterprise software, Fabrizio Biscotti, said 20 per cent of many firm's entire IT budget is devoted to discretionary software - new purchases rather than licensing and maintenance contract renewals.

"Anything new [applications or upgrades] that people were thinking about buying will suffer most in terms of new licences," he said.

"Even on the non-discretionary side the big question is how to reduce maintenance costs in 2009-2010, and people will clearly try to squeeze more value out of what they have already."

Spending on service-oriented architecture (SOA), in terms of training staff and buying specific middleware products, is expected to be hit particularly hard along with customer relationship management (CRM) products.

"The key question for budget holders is how much risk is involved in the project," said Biscotti. "On the other hand web conferencing and collaboration is the exception to the rule because these applications help companies cut down on the bill for non-essential travel."

A report compiled by technology trade association Intellect and the British Computer Society (BCS) confirms that the overall economic trend for the software industry is downwards.

The study warns that continued shrinkage among smaller software companies could irrevocably damage the whole of UK industry, because smaller companies are more innovative, quicker to spot a gap in the market and faster to develop products to fit them.

"Small software companies solve more diverse problems in healthcare, energy management or whatever it might be, and there is a lot of innovation from software entrepreneurs and startups," said Lars Lindstedt, software economist for Microsoft, which commissioned the research.

The Intellect/BCS report, Developing the Future, uses figures from the Office of National Statistics (ONS) gathered in 2006 and published this year. As such it does not include recent evidence for any recent slowdown in software sales due to the credit crunch.

And while Linstedt said there is anecdotal evidence to suggest cutbacks are happening, many software companies he has spoken to say they have actually increased orders.

"Anything that helps companies cut costs are popular, especially around information management and services – software that essentially helps companies streamline processes and manage restructuring and organisational change due to increased merger and acquisition activity," he said.

Intellect, BCS and Microsoft have called for the UK government to stop investing in extensive multi-year contracts with large systems integrators that smaller software companies cannot afford to bid on. They feel that splitting those contracts into smaller agreements and spreading them among smaller software firms will be beneficial to the government and the software industry.

"It could use web services to smartly partition contracts and get them delivered more quickly at lower cost. It requires more careful thought and procurement, but would really help to stimulate the broader software industry," said Linstedt.

Biscotti could not rule out the possibility that Gartner will revise its enterprise software spending estimation down further in three months' time as the recession worsens.

"Gartner has been very cautious in its numbers, but the economic situation is changing by the day and we cannot tell how deep or how long this recession will be," he said.

Got a news tip for our journalists? Share it with us anonymously here.
Copyright © 2010 Computing
Tags:
asdownturnhitspressuresalessectorsoftwareunder