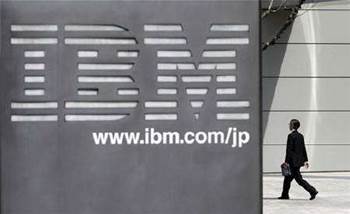 Big-name technology firms will compete to acquire niche software groups in 2011 as part of a growth plan they hope will cater to recession-hit clients clamouring for a wider range of services.

Having learned the lessons of the dot-com bubble collapse in 2000, technology companies were quick to cut headcount -- their biggest cost -- at the start of the downturn.

And with revenues returning to growth, they have pockets full of cash at their disposal.

Major companies, such as IBM and Oracle, are buying specialist software makers so they can offer more to corporate customers who need to cut IT budgets, thereby holding on to high margin, long-term maintenance contracts.

"Companies ...need to offer a portfolio of products," Panmure Gordon analyst George O'Connor said. "They will ask 'what additional services can I sell to my customers, thereby increasing my wallet share'."

Ernst & Young estimated the top 10 global technology companies had about US$290 billion cash on their balance sheets at the end of June -- a number that partner Karl Havers said was "amazing, and a sign of things to come."

Oracle alone has spent more than US$42 billion on acquisitions over the past six years, and it had US$10.4 billion in cash at the end of November.

"Many of these new things will be most profitably done on a very large scale, and the smaller companies who are generating these great new ideas may not have the capital to do that," said Havers.

"The tech sector has been good through this downturn in conserving cash and managing costs," Conor Cahill, Deloitte's technology corporate finance partner said.

"With revenues recovering, the companies need to find a use for this money, and they are looking to place bets on emerging technologies."

EUROPE IN THE SPOTLIGHT

European deals are recovering but have a long way to go to catch up with pre-recession levels. That said, though it may be early days in the M&A recovery, premiums are rising fast as the field becomes more crowded.

The total value of deals in European technology by mid-December 2010 was US$19.9 billion, up 7.5 percent on 2009, but still only 36 percent of the US$54.7 billion of deals in 2007 before a global downturn, according to Thomson Reuters data.

Global acquirers stumped up nearly three times revenue and just under 20 times adjusted core earnings in the second half, both at the highest level for two years, according to Deloitte's UK Technology M&A survey.

The biggest premiums so far have been in U.S. deals, such as IBM buying Unica to offer more marketing software to corporate clients, and Hewlett-Packard beating Dell to buy data storage company 3PAR.

Analysts said Europe will follow the U.S. trend with names like Germany's SAP and UK firms Autonomy and Sage seeking to bolt on services and expand geographically.

Trading in French financial software provider Ingenico was halted on Friday and market sources said Sage was seen as a possible bidder. Sage declined to comment.

Radia picked UK banking software firm Misys as another target. Last month it bought Sophis to cement its position as a leader in capital markets software.

He said India's Tata Consultancy Services and Infosys, U.S. majors Oracle and SunGard, and SAP, would be on a list of potential buyers. Swiss rival Temenos could also be in the race but may lack the scale required, he added.

Companies offering software for rent are attracting interest in the steady revenue streams that set them apart from providers of off-the-shelf packages, who have suffered as clients delay upgrades.

Aveva, a specialised software maker that is increasingly moving into the long-term life-cycle management (PLM) of ships and oil rigs, could be targeted, Radia said, especially after U.S. rival Intergraph was bought by Swedish group Hexagon.

"Oracle has shown a lot of interest in PLM, but also Dassault Systemes, another European player, could be interested," he said.

Brokerage Numis puts document management company Kofax at the top of its 'most likely to be acquired' list.

One company going against the cross-Atlantic flow is Britain's Autonomy. It raised 500 million pounds (US$780 million) in February which analysts say is earmarked for a U.S. deal.

Analysts suggest it could move into areas like business intelligence, e-commerce and web diagnostics, and have named Open Text, CommVault, MicroStrategy and RightNow as potential prey.