SoftBank in talks to buy T-Mobile 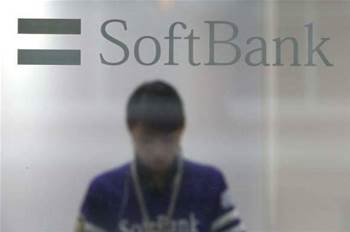 Japan's SoftBank is in talks to acquire U.S. wireless carrier T-Mobile and is discussing funding for a deal with financial institutions, sources close to the matter said on Wednesday.

SoftBank is looking to have its recently acquired U.S. unit Sprint Corp take a majority stake in T-Mobile from the latter's parent Deutsche Telekom in the financial year starting April, one of the sources added.

The deal, which media reports have said would be valued at about US$20 billion - in line with the US$21.6 billion SoftBank paid for Sprint earlier this year, would help the Tokyo-based company leapfrog U.S. rivals Verizon and AT&T to become the world's second largest mobile carrier by revenue.

It would also bring SoftBank CEO Masayoshi Son closer to his ambition of building the world's biggest mobile Internet company - if he can overcome U.S. regulators' expected concerns about competition issues.

"More than the financial and funding aspects, there are likely concerns in the United States about how much Son, head of a foreign company, can really open up mobile infrastructure there, and whether the deal would obstruct healthy competition," a banking source in Tokyo said.

Sprint has been interested in combining with T-Mobile for years and top executives from both companies have said that consolidation was necessary in the U.S. wireless market, as cooperation in infrastructure and equipment orders would create a stronger rival against the two biggest players.

Both the U.S. Federal Communications Commission, which turned down AT&T's application to acquire T-Mobile in 2011 due to competition concerns, and the Justice Department chiefs have signalled they will take a hard line in scrutinising consolidation bids.

Dish dropped out of the race to acquire Sprint this year after forcing SoftBank to sweeten its offer.

SoftBank is in the final stages of talks with Deutsche Telekom, the Nikkei business daily reported on Wednesday, but sources told Reuters that talks were still in an early stage.

While the German company would prefer a cash deal, SoftBank has considered a stock swap and may have also added a tender offer and other kinds of deals to its options, the Nikkei report said.

Steering SoftBank through the acquisition would be a test for the finance team, one banking source said, following the death in October of Kazuhiko Kasai, a former banker who was the company's CFO and considered Son's right-hand man.

SoftBank's shares have rallied in recent weeks to their highest since the dot-com bubble burst more than a decade ago, as investors buy into Son's aggressive acquisition and growth strategy. They include hedge fund manager Daniel Loeb, who disclosed last month that he had invested more than US$1 billion in the company.