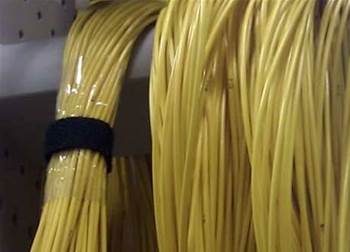 A research paper has quantified some of the socio-economic impacts that fibre-to-the-home (FTTH) broadband deployments bring to society, connecting them with improved well-being and increased incomes for citizens along with many benefits for network operators themselves.

The study (pdf) was published last month by Master's student Ziyi Xiong at the renowed Kungliga Tekniska Högskolan or Royal Institute of Technology in Stockholm, with the assistance of independent research institute Acreo in Sweden.

Xiong used official data from the Swedish Post and Telecommunications Authority and Statistics Sweden for the thesis, along with previous studies in the field, information from operators and empirical analysis. 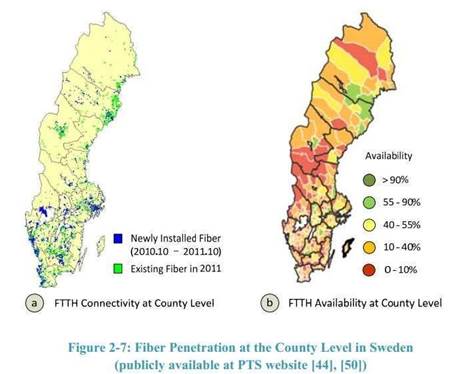 For society at large, the study notes that FTTH is a key economic driver "that indirectly generates an overall annual increase in the gross domestic product of a country.

FTTH does this by enhancing existing business as well as fostering the creation of new ones, and by attracting new investment.

It also brings savings of up to 1.5 per cent in the four main public economic sectors of electricity, transportation, education and health, the study says.

Network operators also stand to benefit from FTTH, the study notes, as fibre-optic cabling is robust and can last over 25 years.

The networks themselves can be upgraded easily to meet future demand by changing the equipment at each end of the fibre, unlike copper-based connections that offer operators a limited amount of time for return on investment.

Running the FTTH networks is also less costly, with capital and operating expenditure being significantly lower compared to copper.

Operators and society in general can reap environmental benefits from FTTH, which uses some 20 percent less electricity compared to a VDSL2 access network with the same amount of subscribers.

The study estimates that one million users connected to an FTTH network can save one million tons of carbon-dioxide a year through reduced car usage by 4600 kilometres per household.

Among the conclusions drawn by Xiong is that local government and authorities wanting to attract people to their areas should deploy or actively facilitate FTTH networks that are open access to multiple, competitive ISPs.

A multivariate regression analysis based on data from 290 municipalities in Sweden between 2007 and 2010 concludes that fibre networks show "statisticially significant socio-economic impact with a lag of three years," with population increases and better employment opportunities, according to the paper.

Along the same lines, other earlier studies in the United States and Bulgaria point to FTTH users enjoying significantly higher annual household incomes and employment rates as well as educational attainment.

As further evidence, Xiong refers to existing research in the paper —international studies that have shown, for instance, that:

Xiong said Sweden was a good choice for the study, as the country has the highest proportion of fibre subscribers of the European OECD countries, and was a forerunner in deploying FTTH. 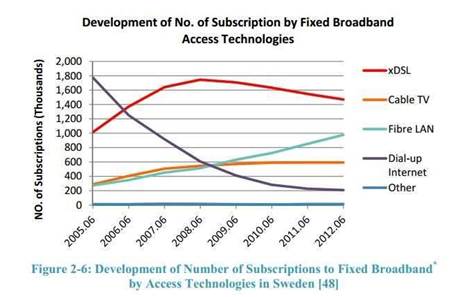 As fibre has been rolled out, the number of broadband subscribers with DSL has steadily decreased, statistics show.
Despite the study finding an overall positive effect for FTTH deployment, it cautions that "a number of socio-economic impacts remain unquantifiable as of the current time and due to the limited available data" and recommends further research.
Got a news tip for our journalists? Share it with us anonymously here.