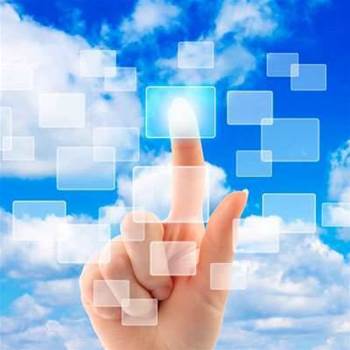 Uses sprints to bed down OpenStack.

Sky Network Television NZ has set up a hybrid cloud environment using AWS and OpenStack that has cut the time taken to deploy new projects and make changes to its products.

Created initially with the TV provider’s coders in mind, the environment can also be used by other business functions, which can spin up instances via a self-service portal.

The project was initiated when developers were asked to create an online video player during last year’s Rio Olympics.

Though Sky had an existing on-demand player called SkyGo, it backed onto on-premises physical and virtual hardware that the team believed would not scale or reach the performance benchmarks required, and was therefore re-architected to run on cloud instead.

“We ended up going into AWS initially which turned out pretty well because the way we approached it was well-architected and there was buy-in from all the different stakeholders – including security and networks - right at the start,” infrastructure architect Jean-Pierre Senekal told the OpenStack Summit in Boston.

“The way we did it was to template everything and automate it.”

Senekal said Sky then decided it wanted to “transfer that capability that we had in the [public] cloud into our on-premises environment.”

To do that relatively quickly, the company turned to HPE’s Helion OpenStack cloud infrastructure product.

Sky TV NZ has been using OpenStack in production for about three months.

“We worked alongside HPE to get OpenStack in place [at Sky],” Dimension Data NZ cloud technologist Nigel Wright told the summit.

“We did that in a kind of sprint-based approach, which was quite different for HPE and Sky’s infrastructure team.

“We were able to get OpenStack up and running within a couple of weeks, and fit for purpose for workloads within about four weeks or so.”

In standing up the OpenStack environment, Senekal said it had been made “quite clear” that he wouldn’t have the luxury of “extra headcount” or a physical team.

Instead, Sky created 'virtual' teams where resources from other parts of IT and the business would drop in and out of the project where possible.

“We took people that had the buy-in and believed in what we were trying to do from the start,” Senekal said.

“Because we were doing it in an agile delivery method, we had two-week sprints, so we could take a resource from a team and run through the sprint. People would come and go and this worked out pretty well.”

Senekal said a by-product of the approach was that it broke down internal silos that had cropped up over the years because “people were forced to work together”.

The company is also sticking with the virtual team concept as its “operational model for support” of the environment.

Once OpenStack had been stood up, the next challenge was to “make it work for developers”, Wright said.

The key way it did this was to largely replicate existing code deployment processes so they were standardised across its infrastructure.

“We wanted to make sure what we did with OpenStack did not differ wildly from AWS because otherwise it would be a real pain for developers to get their head around new processes and why we’d not used the process that works in AWS,” Wright said.

“We don’t want to force tools or processes between the two clouds. And we wanted to make sure we were using the right tools for the right job.

“The key thing we needed to do was make it repeatable, easy to support and increase the speed of change.”

The one main difference in the code deployment process between AWS and the new hybrid environment of AWS and OpenStack is the addition of an overarching orchestration layer.

Sky uses a range of automation packages – including Heat and Ansible – to provision, update and manage its application and networking environments across public and private infrastructure.

The decision on where a piece of code or workload is deployed is largely left to Atlassian’s Bamboo.

“For example, the SkyGo product has [its] authentication stack in OpenStack and frontend in AWS.”

With the OpenStack environment still young, both Senekal and Wright said they are ironing out some challenges around the way a hybrid app – with elements in both AWS and OpenStack – interacts with Sky’s “unique DNS requirements”.

There is still work to do to understand “how the two [SDN engines] talk together and work together”, Wright said.

Senekal said with the hybrid cloud now in place, he expected Sky to decrease its legacy VMware footprint.

However, some apps would remain underpinned by VMware rather re-architected for cloud; for those, Sky has uplifted the VMware environment to run on newer hyper-converged boxes for a performance boost.

While AWS currently represents the public cloud portion of the hybrid environment, Senekal said the company had an “agnostic approach to public cloud”.

“Cloud is different for different people, and that’s what makes it great,” he said.

Ry Crozier is attending OpenStack Summit Boston as a guest of The OpenStack Foundation.