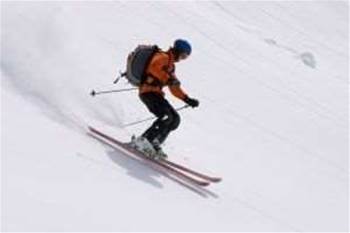 No paper passes this winter.

RFID gates were deployed at 29 of Perisher’s 47 ski lifts, alongside 15 mobile scanners and weather-resistant tablets for performing random checks.

The ‘MyRide’ technology was well received during a two-day pilot last month, when it replaced a manual barcode scanning process deemed less convenient and more susceptible to fraud.

Perisher CEO Peter Brulisauer said no more paper passes would be issued when the ski season commenced this month.

“Taking technology to the market is an issue that we want to get right, especially for us where the ski season only comes around once,” he told the CeBIT conference this week.

“This year for the first time, we’ll be able to figure out exactly how many people are skiing, [and] where they’re skiing.”

Newly generated statistics served not only business intelligence purposes; a new web interface allowed users to track their history on the slopes, and share that information via social media.

The project cost a total of $1.8 million – “quite a big investment” for which Brulisauer did “not expect a complete payback” in terms of revenue.

Citing overseas RFID deployments, Brulisauer said the technology could boost revenues by one to two percent by reducing “leakage” – skiers and snowboarders who did not purchase their own passes.

It could also cut seasonal staffing requirements by 30 to 40 percent “down the track”, he said, noting that Perisher had bolstered staff numbers this year to assist customers with the new technology.

“We’ll assess it [the project] probably over the next three to five years, in terms of savings, how much business information we can gather, and customer satisfaction,” he said.

The project was conceived last September; installation was performed by in-house staff this year, and equipment was supplied by Skidata and Resort Technology Partners (RTP).

Neighbouring Thredbo will also introduce RTP technology this season, touting its new ‘MyThredbo’ RFID cards as a “simple and seamless” way to experience the mountain.

Thredbo deployed RFID access gates at five ski lifts, in what General Manager Kim Clifford described as “stage one”. Manual scanning would continue on other slopes.

Both mountains encouraged customers to purchase the RFID passes online to avoid queues at on-site ticket booths. The passes could also be reloaded online.

The technology also enabled a new, five-day joint offering, ‘SuperSki’, which allowed customers to use a single pass at both Thredbo and Perisher for the first time.

“Previously we couldn’t do that, obviously, with the leakage issues that we had,” Brulisauer said.

“[The technology has] got a very good possibility of bringing lift ticket prices down for multi-day passes,” he added.