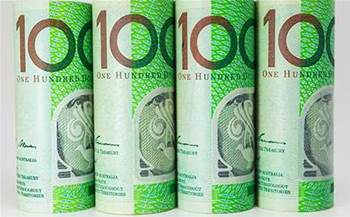 Forecasts $1.8bn spend over next year.

Optus parent SingTel ﻿﻿will boost its investment in the telco to S$1.9 billion (A$1.8 billion) over the coming year to improve Optus's mobile network and increase its share in the fixed-line market in the face of competition from a merged TPG-iiNet.

Optus today reported its full-year results for FY14, revealing stable net profit - up one percent to $841 million - and a five percent jump in EBITDA $2.6 billion.

SingTel attributed the revenue rise to growth in mobile handset customers - 64,000 in the last quarter thanks to growing take-up of Optus' MyPlan product - and higher average revenue per user, which grew almost ten percent over the year to $27.

However, growth in postpaid and prepaid mobile handset customers was offset by an 18 percent drop in mobile broadband users over the last year.

It meant the telco's total mobile subscriber base sat relatively unchanged at 9.4 million.

The fall in mobile broadband users is likely the result of the introduction of data sharing mid last year. Customers can share their mobile data across a number of devices instead of using separate SIM cards for a tablet and a phone. The shared devices aren't counted separately.

The Singapore-based telecommunications giant also today said it expected capital expenditure for Optus in the coming financial year to sit around $1.8 billion.

The telco's 4G network reached 86 percent of the Australian population, and boasted around 3.5 million customers, at last count.

The forecasted capex increase will provide for continued investment in Optus' 4G network as well as new service offerings in the fixed-line market "to capture an increased share".

Optus is facing relegation to third place in Australia's broadband provider rankings should the proposed merger of TPG and iiNet go ahead.

A merger would create a telco with a customer base of 1.7 million broadband subscribers and revenues of $2.3 billion.

Optus counted just over one million fixed-line broadband subscribers at the end of March.

"[The increased capex] also aims to capture an increased share in the fixed line with innovative service offerings."

"By leveraging advanced analytics, the new systems will also drive a better customer experience across the group's core operations in Singapore and Australia," SingTel said.

It has forecast Optus' mobile service revenue will grow by low single digits in FY16.

SingTel will delist from the Australian Stock Exchange later this month.