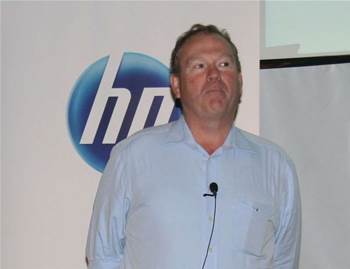 Cost of old-style addresses expected to rise in 2015.

Internet growth rates appear to have stalled as the current Internet Protocol version 4 (IPv4) addresses become scarce, according to a report by the Asia Pacific Network Information Centre (APNIC).

The report looked at Border Gateway Protocol (BGP) data that is used to route traffic between networked autonomous systems on the internet.

Chief scientist of APNIC - which administers the allocation of internet protocol addresses for APAC - Geoff Huston told iTnews the lack of IPv4 addresses would have large consequences for the internet economy.

"The scarcity of addresses leads to greater levels of uncertainty in the industry, and that leads to investor nervousness," Huston said.

Although prices for IPv4 address block transfers declined last year in the American Registry for Internet Numbers (ARIN) thanks to continued availability, this wasn't reflected in the APNIC and European IP Networks (RIPE) areas, the IPv4 Market Group reported earlier this month.

Furthermore, prices are expected to go up this year as ARIN runs out of freely available IPv4 addresses.

Huston agreed the squeeze on IPv4 addresses could hurt cloud providers that need to scale up to provide more internet addressable services.

Conversely, if a cloud provider or network operator has accumulated plenty of IPv4 addresses, they are in a good position in relation to the competition now, he said.

Smaller enterprises such as startups that require blocks of IPv4 addresses may also find that their costs will go up, and scaling their business could become more difficult.

"The incumbents entrench their position, and innovation and entrepreneurialism take a back seat while we sit out this entire IPv4 to IPv6 transition mess," Huston said.

The IPv4 public routing table is predicted to hit 760,000 entries in the next five years, Huston said. It currently contains around 530,000 entries.

However, he warned that the predictions were "highly uncertain", as the correlation between network deployments and routing advertisements have been disrupted by the supply hiatus of IPv4 addresses, which in turn has led to extensive use of address sharing technologies like CG-NAT.

The depleted IPv4 situation could be solved by upgrading the internet's current addressing scheme to the next-generation IPv6 scheme.

But the increasing scarcity of directly addressable IPv4 space has not translated into a mass-migration to the 128-bit IPv6 protocol - which allows for a practically inexhaustible number of addresses, but which isn't directly interoperable with the older variant.

Last year, the proportion of internet traffic transmitted via IPv6 surpassed 5 percent of the total threshold for the first time, according to Google, but there are no signs that the new addressing scheme will supplant IPv4 any time soon.

While the IPv6 internet continues to grow, Huston's BGP research showed that the increase for the newer protocol slowed last year from 40 percent in 2013 to 26 percent in terms of prefix counts.

"... the 2014 growth rates for the infrastructure of IPv6 internet are falling from 2013 levels," Huston noted.

It is not clear why the move to IPv6 slowed despite an economic case for the transition now existing.

The report also pointed to some apparent contradictory events in the deployment of the newer addressing protocol.

Huston said the overall majority of the internet is still exclusively using IPv4 -  despite smaller providers making "significant progress" in public IPv6 deployments and some of the largest ISPs on the internet also deploying the newer addresses.

Huston signalled his desire for a method to speed up the migration process and avoid seeing ever-stranger and increasingly complex ways of trying to keep the older protocol alive.

One method devised to remain on IPv4 includes the use of large-scale Carrier Grade Network Address Translation (CG-NAT).

CG-NAT allows providers to share publicly routable IP addresses among many users, whose numbered devices are not directly accessible from the internet.

Address sharing and translation schemes such as CG-NAT have technical drawbacks however, and are costly for providers to implement.

Importantly, they break the fundamental end-to-end connectivity principle of the internet, and may interfere with lawful intercept capabilities as several users share the same public internet address.

Huston's research also showed that at the end of last year, some 890 million IPv4 address have been allocated but are not visible in the global routing table.

Some of these can be recovered and put into use on the public internet, he said, but the efficiency of recovery of the unadvertised addresses will decrease over time.