Should CRM be more sociable? 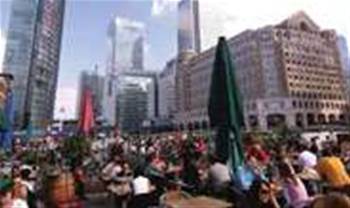 As vendors rush to add more social networking bells and whistles to their CRM products, some experts warn that users must tread carefully when venturing into online communities.

Business leaders are understandably eager to find ways of exploiting the social networking phenomenon to their advantage. For many, the legions of social network subscribers, each seemingly willing to impart precious snippets about their personal tastes and interests, present a fertile hunting ground for potential customers, and a marketing mogul’s dream.

But using social networking to sniff out potential leads is not without its risks. For those businesses that successfully straddle the line between providing valuable services and respecting customers’ privacy, the rewards could be huge, while other, less circumspect firms could quickly find their reputations shredded.

From an IT perspective, software vendors have been quick to seize on the opportunity. Giants such as Oracle and Salesforce.com have tweaked their customer relationship management (CRM) platforms to tap into these social networks.

The latest version of Oracle’s Siebel CRM suite, Siebel 8.1.1 and CRM Gadgets for Sales, includes a My Contacts Gadget, for example. This is essentially an applet that allows companies using Oracle’s CRM software to mine details that subscribers have posted on social networking sites such as LinkedIn, Facebook and MySpace.

My Contacts is based on OpenSocial, a common application programming interface (API) developed by Google, MySpace and others that allows developers to embed applications within social network site pages.

The software interrogates enabled applications to ask social network sites for information, such as those named as “buddies” or “friends” within different groups, then returns the matches. The company using the CRM application can then contact those individuals to build a relationship.

The idea, according to Oracle executives, is to use consumer social networks as replacements for email. Yet those same executives also insist the move is mostly about building customer-based social networks where the customer wants to express an opinion and ask questions about a product or service to other people using the same product or service. And Oracle, they claim, has the best data set to help those customers get answers to those questions.

Likewise, Salesforce.com says that its Force.com platform, which features an applet called Faceforce.com that links Salesforce.com’s CRM tool with Facebook – ­ is not about sales lead generation, but having a “deeper customer relationship” based on communities.

Salesforce.com does not divulge how many third-party developers are currently building applications around Force.com for social network integration, but lauds the example of the My Starbucks Ideas applet that allows Starbucks customers to post ideas on the types of changes they would like to see in Starbucks cafés.

The initial reaction from early adopters of these tools appears positive. They feel that social CRM can strengthen customer relationships as long as people are comfortable with the concept.

Gary Slater is head of business systems at Business Link North East, a government-funded service designed to help businesses “start up, survive and grow”, and an existing Oracle customer. He believes organisations are crying out for an alternative to email for communicating with potential customers and that the viral referral of products and services presents a huge marketing opportunity.

“Pitching email is not getting us any money,” he says. “Online communities provide rich information and a knowledge base of customer conversations. Plus, if we do a good job, customers will tell each other about it. It costs the organisation almost nothing because it is down to customers themselves and the return on investment is potentially very big.”

Slater believes that the whole ethos of marketing has altered in parallel with the advance of Web 2.0 technology, and organisations need to adapt their sales methods accordingly. “Vendors have to be aware of the conversations that customers have with each other,” he says. “There has been 20 years of indoctrination in marketing that says you control the brand, and you put the message out. But the world has changed.”

Martin Nitsche, head of CRM for private and corporate clients at Dresdner Bank, says that people do not like traditional forms of advertising or marketing any more, and are more likely to see contact made through social networks as something positive rather than just another form of spam.

“Many customers will not see that as marketing but as a service, like share offers that are sent out by SMS, for example. One hundred per cent of our customers are using social networks, and we get about 30 to 60 per cent of our business through referrals. They may not come from Xing or Facebook, but there is return on investment there.”

Nitsche says that social networks are the preferred communication platform for a whole new generation of customers, and every organisation has to adjust to the technology that they prefer to use. “Staff use Flickr at home and then they go back to a 20-year-old interface at the bank. Applications now have to be socially sexy, simple and Web 2.0. Will we use social networking for corporate customers? They are human as well,” he says.

Inducing social network subscribers to interact with companies can still be an uphill struggle, though. Oracle will offer incentives to those willing to join its customer-based social network sites, but regardless of how attractive these prove to be, businesses need to tread carefully to avoid infringing people’s privacy, says Gary Curtis, global managing director of technology consulting at Accenture.

“Most social networks do not want advertising to be that prominent, and most companies would make that experiment with trepidation and great caution,” he says. “Equally, you can network with anyone you can get an introduction to – ­ it might be a customer or a client, a colleague or friend in a competitive company. It simply facilitates informal contact that is collegiate and helpful.”

Richard Boardman, managing director and founder of independent CRM consultancy Mareeba, believes the benefits of integrating CRM and social networks from the customer perspective are negligible. He suspects the recent Oracle and Salesforce.com moves are just an attempt to generate publicity by jumping on the social networking bandwagon.

“Both companies are talking about a raft of integration with social networking sites, but I don’t really follow what they are trying to achieve,” he says. “Social networking sites are the antithesis of corporations, very difficult to control and built by people themselves to host their own content.”

Accenture’s Curtis does not rule out the integration of CRM with social networking sites becoming a widespread and accepted practice in the future, though. After all, the IT landscape has a habit of changing very quickly.

“We might have had the same conversation when the internet first appeared and the idea of something commercial was repugnant,” he says.
Got a news tip for our journalists? Share it with us anonymously here.
Copyright © 2010 Computing
Tags:
becrmmoreshouldsociablesoftware