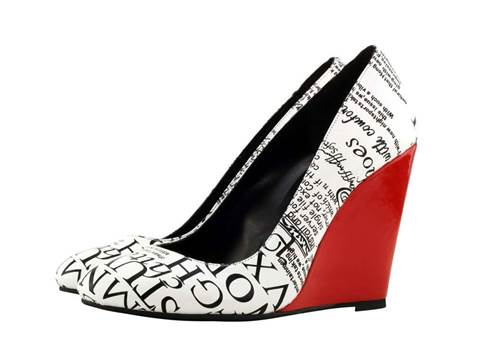 Delivers custom shoes through the cloud and billions of records.

Online retailer Shoes of Prey has extended its use of Google's cloud offerings, including Big Query analytics, as a way of streamlining its organisation.

The Sydney-based company was founded just over four years ago and allows customers to design shoes on a website and have them delivered to their door a matter of weeks later.

“We use Google Big Query to run queries on billions of records,” said co-founder and technical director Mike Knapp.

“Before we started using it, it was hard for people doing marketing analysis to get the data they needed."

Shoes of Prey's dev team is currently working on integrating Big Query with Google Apps. The company runs its entire web site, which is dynamic and mobile-friendly, on the Google App Engine.

“This will let just about anyone run queries on the database,” Knapp said. “You won’t need to be an engineer or analyst to use the information we have stored.”

Knapp said the decision to go with Google came not only from his time at the company (he was an engineer, and finished his time at the search giant working on the Reader product), but also from an appreciation Google knew how to scale.

“If we appear on TV, the hits to our website goes off the scale. We might have 500,000 new visitors, and we don’t need to manage any of that,” he said. “It just happens automatically.”

“We’re not even paying for Google Apps for our domain, he said, noting the company is about 40 people strong and has offices in Japan and China.

“However I think they have just changed the rules. Still, at $50 per user, it’s cheaper than the alternative.”

Although privately held, Shoes of Prey did a round of financing in the middle of 2012. Among those who came on board were Mike Cannon-Brookes, of Atlassian fame, Michael Arrington, the founder of Tech Crunch, and Southern Cross Venture Partners.

The influx of funding will allow the company to maintain its rapid rate of growth (Knapp doesn’t disclose financials), however he’s also adamant men’s shoes aren’t quite on the horizon.

“It would require us to start from scratch for the men’s market, and we’re not quite ready to do that,” he said.