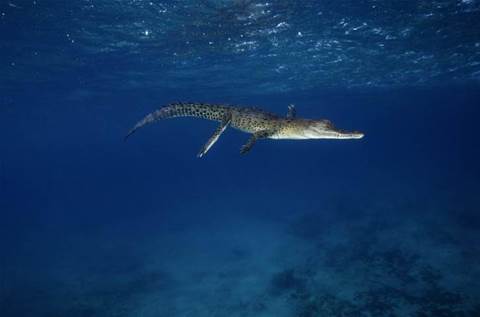 Despite having more species of coral than the Great Barrier Reef, the waters off Darwin are under increasing threat from introduced species, overfishing and climate change.

In a bid to better manage and monitor fish populations in the murky, crocodile-infested waters of Darwin Harbour, the Northern Territory government automated the process by feeding footage from buoy-mounted cameras into an artificial intelligence platform.

Scientists from the Department of Primary Industry and Resources (DPIR) turned to GitHub and Microsoft Azure Cognitive Services to develop the open-source AI solution, spending tens of hours identifying fish species that swam into the cameras’ view to train the machine learning program behind the platform.

The first iteration of the system was up and running within a month, and over the next six months of development and deployment, its identification abilities were progressively enhanced to the point where the AI can now identify a fish with 95 to 99 percent accuracy.

The speed of fish identification has also been sped up to the point where the AI can analyse hours of video in minutes, freeing up DPIR scientists for more valuable ecosystem management work.

DPIR fisheries scientist Dr Shane Penny said the system is allowing them to keep an eye on species at risk of overfishing, as the golden snapper and black jewfish, and to better tailor conservation efforts.

“These are two commercially and recreationally important species in the Northern Territory, but research has proven that they had been overfished around the greater Darwin area,” Penny said.

DPIR’s chief information officer Rowan Dollar is already keen to expand the program based on its early success, including monitoring feral fish in freshwater systems and equipping commercial boats with the cameras.

“We could look into setting up a camera on a trawler that’s out at sea and doing on-the-fly identification of the catch, so we can start measuring by-catch. We can start being able to identify that in real-time, to help better manage those fisheries,” Dollar said.

Other fisheries around the world could also adopt the system, which has been uploaded to GitHub, to manage fisheries stock in different environments.

In the Northern Territory alone, the value produced by primary industries, including fisheries, reaches well over half a billion dollars a year.

Demand for the NT's marine resources is expected to grow with global trends, where fish consumption has been increasing 3.2 percent a year according to a 2018 United Nations report.

Other state environmental agencies are also looking to machine vision solutions to manage sensitive ecosystems, including the Queensland Department of Agriculture and Fisheries tracking invasive plant species in a tie-up with QUT.