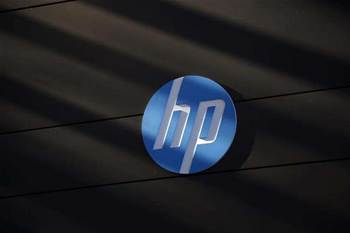 Two leading proxy advisers have urged HP shareholders to oust several directors, including the chairman, for their role in the ill-fated 2011 acquisition of British software company Autonomy.

The recommendation against Lane marked one of the few "special cases" in which ISS has advised shareholders against re-electing the chairman of the board.

In 2012, it recommended against Wal-Mart chairman Robson Walton and other directors for failing to fully investigate allegations of widespread bribery by company officials in Mexico.

And in 2009, ISS advised shareholders to vote against re-electing Bank of America chairman Ken Lewis, following its costly acquisition of Merrill Lynch.

"It doesn't happen that often," said Charles Elson, a University of Delaware professor specialising in corporate governance. But Elson said the recommendations at HP seem to reflect specific problems, such as the Autonomy deal, rather than a fundamental shift in approach by the firm.

Both firms blamed the directors for inadequate due diligence relating to the acquisition of Autonomy. HP, which acquired the British firm for $US11.1 billion, took a massive writedown on its value last year and accused former Autonomy executives, including then-chief executive Mike Lynch, of accounting fraud.

Lynch has denied the allegations. A HP spokesman said the "board fully supports the election of each of the director nominees named in the proxy statement."

The recommendations, which could help sway undecided shareholders ahead of HP's annual meeting on March 20, came days after a strongly worded declaration from union pension adviser and shareholder CtW Investment Group.

CtW also urged shareholders to reject board members Hammergren and Thompson, though CtW and Glass Lewis are not opposing Lane's re-election.

Despite the recommendation to vote against the directors, it is fairly rare for directors to not get elected, said David Eaton, vice president of research at Glass Lewis.

"This raises some issues for HP that they would want to get ahead of," Eaton said, adding that it is fairly common for companies to reach out to shareholders in such cases to get a sense of how they would be voting.

Glass Lewis had also recommended against the re-election of Andreessen, Gupta, Hammergren and Thompson last year for their role in the hiring of former HP CEO Leo Apotheker. Now both proxy firms say directors should be held accountable for Autonomy - a deal many on Wall Street say was sharply over-priced and has so far borne little fruit for HP's software division.

"While developments surrounding the 2011 Autonomy deal may continue in the coming months, it is clear that the due diligence process that occurred at that time was not robust," ISS said in a report.

It said Lane, Hammergren and Thompson "bear the most responsibility for a very costly oversight failure."

CtW welcomed ISS' recommendation, saying it would help finish an overhaul of the board that had begun a year or two ago, after a series of missteps starting with a wiretapping scandal in which it gave the go-ahead to monitor journalists' conversations, up to the ouster of former CEO Mark Hurd over his relationship with a female contractor.

"The ISS recommendation adds enormous weight to the case for removing long-tenured Hewlett-Packard directors and finish the Board renewal," said Dieter Waizenegger, executive director of CtW.

"Despite having unanimously approved the Autonomy deal, the board continues to try to sweep the debacle under the rug by blaming the mess on a previous CEO it appointed. The Board must hold itself accountable, especially those directors who most clearly failed investors."