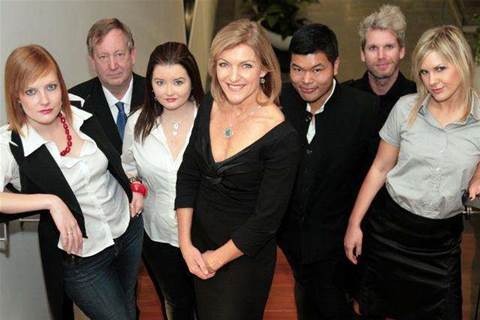 The internet filter has been positioned at the heart of the party's campaign against Government censorship, launched at Melbourne's Ms Libertine club today [see launch event photos, right].

"I'm glad to be running against Steve Conroy, the internet filterer," Patten said.

"We would like to see the end to the internet filter, for all the reasons discussed in the media.

Australian Sex Party candidates will run for election nationally, including seven in Victoria.

Patten hopes to have at least one person voted into parliament to contest what she saw as growing conservatism among politicians.

"We'd like to see an Abbott-proof fence put around Australia," she said. "This is an increasing conservatism that's built up over the years, in both the Liberal Party and the Labor Party and now we see the Greens moving to the centre.

"So there needs to be a party like the Australian Sex Party to talk about a lot of those issues that are important in people's lives.

"Whether its gender, sex abuse, drug reforms, censorship, there is a whole range of issues that relates to people's personal freedom and safety."

She believed the party's messages around sex and technology was reaching young voters.

"I think a lot of our policies do hit a chord with young voters a lot of them are totally disaffected with politicians today, and our policies probably speak to them and their personal experiences.

"Certainly the policies to do with new technology, R-rated computer games and sex education is stuff that younger people are getting back to us on. These issues are important to them."