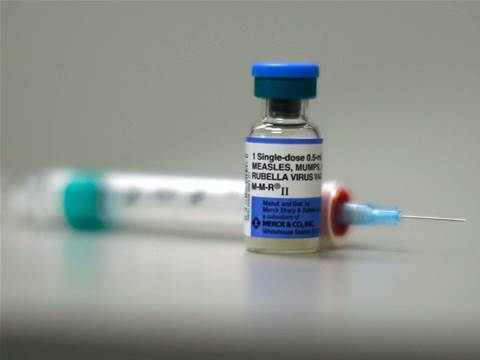 To cope with anticipated demand.

Services Australia shifted part of the country’s immunisation register to a containerised platform running on private cloud to withstand a projected 30-fold increase in demand.

The immunisation register (AIR), which is accessible through the Medicare online account on myGov, was, until recently, primarily used to record immunisations given to children.

It was introduced in 2016, when the then Australia Childhood Immunisation Register – introduced two decades earlier – was expanded to record vaccinations across all age groups.

Byrnes said that while around 2 million "encounters" - immunisations - were reported each year until 2021, with the arrival of Covid-19 it was predicted that vaccinations recorded in the system would quickly climb to around 65 million in total.

“Through Covid and mandatory flu reporting, we are expecting 50 million Covid vaccinations and about 15 million flu vaccinations being reported this year,” he said.

Some of this demand was the result of legislation passed in February requiring vaccine providers to report all vaccinations to AIR.

As such, changes to the infrastructure supporting AIR were deemed necessary by Services Australia to ensure it could stand up to the increased demand.

Byrnes said AIR “was built on a legacy mainframe system that was never really built to scale to these sort of numbers”, and also used 10-to-15 year old midrange components.

He said the department had worked to define the channels that vaccination providers would use to interact with the system, and the cadence with which those interactions would occur.

Upon learning that AIR application would be “central to the government’s plan for [the Covid] vaccine rollout”, Byrnes said Services Australia immediately began to devise a plan of attack.

“We got our development and infrastructure teams together and had weekly meetings where we prioritised… what changes would be needed to be made to the application,” he said.

The meetings – which were later upgraded to daily “war room” meetings – also allowed the teams to focus performance testing on “scaling the channels we thought most likely to be used” to interact with AIR.

The teams considered several possibilities for changes to the architecture underpinning the AIR application, and in particular to the web-based interface that most providers would use to interact with it.

It ultimately settled on containerising part of AIR with RedHat OpenShift to run on an existing OpenStack-based private cloud run by the agency.

However, the agency still runs AIR in a hybrid model with some existing mainframe and midrange componentry still active.

With AIR now live in production and vaccinations volumes rising, the “bulk of providers are uploading [immunisation data] through services provided on the container platform”.

He said risks were overcome with diligent testing.

“But also, in the future, we’re adopting some software-as-a-service for some of those frontend UI components, so we’ll be incorporating both public and private cloud into our solution.”