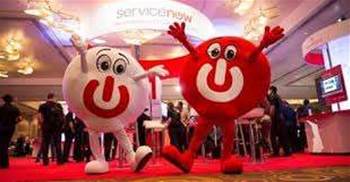 ITSM cloud provider ServiceNow has launched a two-pronged attack to attract developers and partners onto its cloud platform, and hopefully cut short a decline in revenues.

It has announced the launch of its own app marketplace that will offer customers access to both free and paid applications built on the company’s platform.

The company’s ServiceStore already has more than 80 certified applications and integrations available for ServiceNow customers to download and begin using immediately.

Customers can buy the apps with credit cards and will be charged in US dollars.

Long-time ServiceNow partners Cloud Sherpas, Fruition Partners and others have developed some of the initial offerings.

The announcement was one of a string made to 9000 customers who made the trek to the company’s annual user conference Knowledge 15 held in Las Vegas this week.

It also announced it will offer members of its developer community free access to a developer instance on the cloud platform where they can innovate and create new business apps.

“The goal is to have the partners account for the majority of the applications available on ServiceNow. We'll take a 20 percent cut of every application sold through the apps marketplace and we'll make money from the ServiceNow platform," explained Casey.

The company's shares took a tumble earlier this month after it provided Q2 guidance below Wall Street expectations.

The company hopes the two-pronged approach will make inroads into the general apps market of about US$16B (A$20.75B) and out of the ITSM market of US$6B (A$7.78B) that remains its sweet spot.

Penny Wolf is attending Knowledge15 as a guest of ServiceNow.