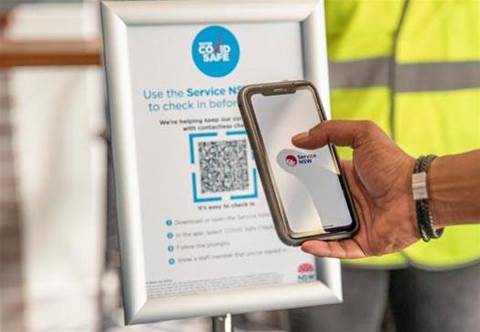 Vaccine certificate data will begin flowing between the Australian Immunisation Register (AIR) and the Service NSW app from the start of next month under a closed pilot in the state’s regions.

Customer service and digital minister Victor Dominello revealed on Wednesday that the data would be available to up to 500 people in an initial two-week pilot in one or more regional areas.

“We are now in the process of consulting with industry in relation to the design of how it should work, and we’re pretty much there,” he said during a press conference on Wednesday morning.

“But, ultimately, we’re aiming to do a pilot in the regions, commencing on October 6 for two weeks, and then, hopefully, as a result of that, we can then open [it] up to the rest of the state.”

Dominello said the government is yet to decide on a location for the trials, but confirmed it would take place in various locations across regional NSW.

“We decided against Sydney because we don’t want to create the honeypot effect… if you create one location in Sydney, then everyone will be drawn to it,” he said.

Service NSW has been working for weeks to integrate the vaccine certification to the MyServiceNSW account.

Information on a person’s vaccine status will be fed through to the Service NSW app from the AIR, which is operated by Services Australia, granted the user gives consent for the data to be shared.

Initially, however, the main security feature will be a hologram like the one used for the vaccination certificates provided through the federal government’s Medicare Express Plus app.

Dominello said that while Service NSW is “moving heaven and earth to get [the feature] ready”, the integration is unlikely to be ready for when the state reaches its 70 percent double vaccination target in mid-October.

He said, however, that other options would be available, including the aforementioned Express Plus app.

Premier Gladys Berejiklian added that “NSW is the most advanced state in terms of what Service NSW can do and we look forward to using that technology”.

“The only thing we’re limited by at the moment is time,” she said.