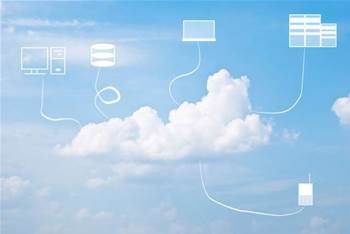 Service NSW is working towards a multi-vendor hybrid cloud for its IT infrastructure, with projects underway to improve workload portability, simplify provisioning, and put newer public clouds through their paces.

The agency, which acts as a one-stop shop for government services provided to NSW citizens, revealed last month it was testing the Google Cloud Platform (GCP), coinciding with the opening of a local availability zone for the public cloud service.

Its GCP trials, however, pre-date the availability of the Australian zone, and form part of a broader strategy to incorporate public cloud into its infrastructure operations.

Service NSW already has a private cloud environment running across the two NSW government data centres in Silverwater and Unanderra, and has the ability to burst workloads into AWS.

To that end, while it is interested in what a local availability zone for Google brings to the table – and more broadly in making its workloads able to be ported between infrastructure services – it is equally in no hurry to change what it is already doing in AWS.

“For us, there’s some benefit to look at the Google offering but equally at this point there’s not a huge differentiator between them,” McMullen said.

“We’ve already got work in place on AWS so at this stage there’s no compelling need to switch for the base provision components, as in the compute, storage and so on.”

However, the agency is keen to make such switches possible in future as it drives towards a hybrid cloud operating model.

“The ability to be able to switch cloud providers is very important to us,” McMullen said.

“It’s not a reflection on that vendor or their capability, it’s more on the ability for us as an organisation to switch vendors in line with what we need in response to the business, or from a procurement perspective to create a contestable position that we can go out and change between vendors for the best value approach or the most innovative solution that fits at that point in time.”

The agency is still relatively young and doesn’t have legacy systems of its own to contend with – though it routinely encounters legacy systems of other NSW government agencies as it works to bring services under its central umbrella.

However, McMullen wants portability in part to prevent a situation where Service NSW can be tied down to a legacy platform.

“We want to be able to move when we need to and respond to up and coming demands for our technology services and in response to our business flows, which can change quite rapidly,” he said.

“The last four years has taught us that if nothing else, our business is very agile and responsive and expects us to be the same.

“They simply can’t accept a 6-8 month lead time on provisioning of physical hardware for the services that go on top of it.”

Service NSW struck a relationship with Google early on, using Chrome OS as the foundation of its self-service kiosks.

“We switched fairly on in our journey from a Windows-based kiosk platform to Chrome OS, and we’ve now got 1200 devices across about 100 different locations,” director of technology operations and delivery Colin Jones said.

“Chrome OS offered us a number of capabilities and facilities that we simply could not get out of Windows at the time … far more cost effectively and in a robust manner.

“[The kiosks are] self-running. We drop them in, turn them on and they run and don’t break or require any real maintenance.”

Out of necessity, Service NSW had to create a G Suite domain “to house the machines and manage them”, Jones said. That paved the way for the agency to start experimenting with other Google services.

“To be frank it was a bit of a scattergun approach initially. We started consuming different products and services from them but not with any particular strategy in mind. We had specific business requirements and issues we wanted to fit products into.

“That’s in line with the start-up culture that we were then and to some extent still have now.”

One natural expansion was into Google’s productivity tools.

“For the last 2.5 years we’ve probably had about 100 people with G Suite licenses using Google Docs and Drive and a variety of other products,” Jones said.

“It’s the same authentication model to get into a lot of the cloud products so if you’ve got a G Suite account you can quite easily move into the GCP cloud products and also start consuming those.

“They weren’t onshore in Australia [at the time] but it did allow us to start playing around with them and experimenting with some of the capabilities.”

While not immediately interested in the base compute and storage services, the agency has spent time looking at some of the more advanced services on offer through both GCP and AWS.

On the Google side, the trials involve App Engine – which is used to manage infrastructure provisioning – and App Maker, which can be used to create custom apps simply by using drag-and-drop, rather than requiring much code.

“We’ve also been looking at the integration between App Engine, microservices, G Suite and some of our internal systems,” Jones said.

"That’s where some of our experimentation and some of the little pilot projects that we’ve been building have kind of resided.

“Testing how those products work and how we can integrate them with other products within the Google cloud suite and also our own internal systems.”

None of those trials are for citizen-facing applications at this stage.

“It’s mostly proof-of-concept, so we’re looking at what can we build in a much smarter, more agile manner for internal staff consumption to help our business processes, to help our staff interact with customers but not directly customer facing at this stage, to cut our teeth on the technology and work out how easy is it to build these products,” Jones said.

“One of the benefits that we think we see in the product set is you don’t necessarily need highly specialised external development teams that cost a lot of money. You’ve got web-based drag-and-drop and script-based integration systems.

“It’s mostly plug-and-play. Then it’s a matter of a bit of configuration or scripting to get it to do the custom work you want it to do.”

Jones says there are benefits both for the business and technology teams in this approach.

“Whilst the business starts to see some of that innovation, if you like, particularly in the web app space, it also gives us – the technology team – some confidence that when the business comes back to us and says ‘how about we do xyz’, whether it be internal or customer-facing, we can have some confidence level around being able to say ‘yes we can do that, that’s definitely something the product can do and we can do most of that internally or we can reach out to one of our partners [to do it],” he said.

As the agency moves to a “hybrid cloud, multi-vendor” future state, it is putting in place processes and tools to aif its future operations.

That includes developing its continuous integration and deployment (CI/CD) processes, and standardising DevOps processes and tools.

“We want to be completely agnostic as to which clouds we’re bursting into, so that means we need to be able to develop smart, containerised CI/CD mechanisms,” Jones said.

“That’s one of the major programs we’re working on at the moment.”

“We will also look to go down the DevOps and eventually NoOps [full automation] route of being able to [spin up and] tear down environments when we don’t need them,” Jones said.

“That’s one of the key reasons we’re looking to invest in the automation DevOps component to make it easier for our developers to spin up what they need and then turn it off again when they don’t.

“I’d say over the next six months we are going to see a material change in our spend pattern, in the way we consume [cloud services] - not necessarily an overall cost saving, but we’ll be getting more value for money as [take advantage of] spot pricing or auto-provisioning on demand.”

Jones said there were already instances of tools like Ansible, Puppet and Chef in the agency, but it is looking to standardise on one.

“There has been a little bit of sprawl in terms of some applications where people have preferred one over the other but fundamentally they are achieving the same outcome so we’re going through a standardisation approach,” he said.

“There’ll be a suite of tools and I think everyone accepts that, but we don’t want to have 50 when one or two will do.

“We’re going through that rationalisation process as we speak with a view to agreeing on a standard set of tools which will then drive the capability and then we can head down the DevOps route with a level of confidence.”