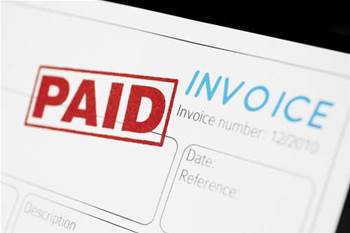 Servcorp is considering a long-term shift to a hosted subscription billing service that could replace a homegrown system it has run internally since 2004.

Gnee itself runs in what was previously "idle capacity" within Servcorp's unified communications and telephony system, according to chief information officer Matthew Baumgartner.

For Baumgartner, finding opportunities to sweat the unified communications assets was somewhat simplified by the fact he architected the system between 2002 and 2004.

Gnee is the first subscription-based service in Servcorp's portfolio to route billing through Zuora, rather than the company's own homegrown subscription billing engine.

As part of a five-year modernisation of its core business systems, Servcorp has begun examining the "application lifecycle" of its existing software portfolio, including its core billing system.

The company had explored the possibility of running an enterprise resource planning system (ERP) to manage core billing in the early 2000s.

"We tried to initially bend that to suit Servcorp's business and we didn't have much success," Baumgartner notes.

Instead, it developed its own subscription billing system, which was launched in 2004 and "will continue to be in active use for the next few years", according to Baumgartner.

Considerations of whether to expand its use of Zuora will be left to the longer term.

"Really what we're looking to do is bed down the Gnee product on Zuora and get that humming along, and then once we're very comfortable with that then we'll look at how that's going and then potentially roll [Zuora] up into the larger Servcorp business," Baumgartner says.

"It comes down to one really simple thing, and that's Servcorp's core competency is not in building billing subscription systems, but Zuora's is."

Something that could affect the future of the homegrown billing platform is the way it handles price promotions and "package bundling", particularly achieving this in a way that doesn't tax the IT department's time.

"Previously, when someone in the business had come up with a new way to price or wanted to run a new promotion, that was a conversation with myself — with a technology head — and really that consumed a whole bunch of resources and time, and wasn't very effective," Baumgartner says.

"Now that we have the Zuora platform in, we have the ability to create those bundles and tweak pricing and tailor that to specific markets just using the UI.

"Why I'm personally very excited about that is because I have a firm view that the lion's share of the technology budget shouldn't be spent on keeping the lights on, it should be spent on innovation, and that's really where we're heading with this."

Baumgartner assumed the CIO role at Servcorp in January from long-time IT leader Marcus Moufarrige, who has shifted to a chief operations officer role.

Although he spent four years outside Servcorp, Baumgartner came back into the fold in July 2008 with a progression of IT roles, including group executive of strategic technology, and then head of of business technology at the company.

It was a logical transition to CIO for Baumgartner, but moving from head of business technology represented a "significant" change.

"Head of business technology was a really operational role and the CIO is very forward-looking role," he says.

"The IT strategy that we had in place prior ... was what we had come up with as part of the strategic technology group," he says.

"We'd worked very closely with Marcus [Moufarrige] so in effect that was our IT strategy. We'd already put our stamp all over that."