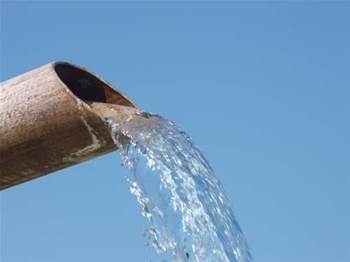 Why boiling the ocean didn't work out.

Seqwater has embarked on a business process management program it hopes will engender operational excellence and a culture of continuous improvement across the organisation.

The Queensland government statutory authority, which runs water services in southeast Queensland, is working on a "number of projects" across the business aimed at breaking down process silos and making the various parts that make up Seqwater the best they can be.

Seqwater itself is the product of a number of aggregations - originally of water assets from 25 local and state government and corporate entities, and then a further amalgamation of organisations that occurred in 2013.

Process improvement has been in the frame for some time given the variety of assets in the utility's stable and the different way each works; scheduled inspections of water plants being a prime example of process variations between otherwise like assets.

"Whilst there was an overarching process when we actually came to do scheduled inspections … we figured out there are 17 different ways of measuring the same process," Seqwater CIO Shaun Nesbitt told Gartner's business process management summit 2015.

"That's because each water treatment plant may have been inherited from a different council so that's driven a very different view of operations."

Nesbitt said Seqwater had attempted a string of business process management (BPM) initiatives in the years since 2011 before he joined in 2014.

However, all were attempted within a culture of "operational efficiency".

"What we've done over a number of years is to try and drive our costs down and to drive the price of water down over time," he said.

"Our focus to date has been in operational efficiency and obviously that drives a set of behaviours.

"But the lemon has been squeezed. We've squeezed as much as we can out of people and assets. The opportunity now is to link the two together to drive better business operations."

The authority tried a big bang business process management (BPM) project in 2011 that Nesbitt likens to "boiling the ocean".

It "didn't work out too well", he said. Seqwater identified 62 initiatives and completed three.

"And ask me how many are still functioning? None," Nesbitt said.

"That just gives you an indication of, 'If it was easy, I think everyone would be doing it'. And I think for us the big bang approach didn't really work."

Subsequent attempts at BPM focused on upskilling staff in Six Sigma, and several ad hoc projects in specific areas of the organisation, some of which were successful but whose benefit was limited by scope.

Now Seqwater has shifted the way it is positioning BPM from an activity designed to engender operational efficiency to one that drives operational excellence.

"The message we're giving back to the organisation is historically we focused on operational efficiency, but the language of the new organisation is now changing," Nesbitt said.

"What we're now talking about is operational excellence and that engenders a whole different set of themes that we can now overlay with what's going on inside our organisation.

"It's more than just removing waste and that's a key message for the organisation."

Structurally, the 'better business' program is about making "lots of small incremental improvements" with business buy-in at every stage of the project.

"The small incremental changes allow us to lock in that change, drive cultural change within the organisation, and then as part of that culture becoming stronger and more capable. Our ability to celebrate the small successes generates a sense of momentum," Nesbitt said.

It was also proving an effective way to defeat change fatigue.

"As an organisation we have been through so much change and I think change fatigue impacts a number of organisations," Nesbitt said.

Process improvement lives now lives within ICT - it was originally homed under finance where, Nesbitt said, it "tended towards that group prescribing what the organisation needed to do, and didn't get particularly good buy-in".

"Why's it different this time? We [ICT] acted as a broker, aggregating the business initiatives into a single enterprise wide approach," he said.

That left ICT potentially a step removed from the implementation of BPM improvements, and Nesbitt noted that was by design.

"[Seqwater is] a fairly small organisation - 1200-odd people - and for me to have 50 BAs [business analysts], or five BAs even, is a bit of a stretch," Nesbitt said.

"What we decided to do was have the capability in-house to be able to lead a practice, to be able to engage the business, to be able to look across all the processes that are coming in and look for opportunities for improvement but not to necessarily do the legwork," he said.

"That has been an absolute winner for us," Nesbitt said.

"The process runs something like this - the organisation goes, 'We want to do a process improvement activity'. We go, 'No problem, here's a BA from BAPL, what do you think of them?' So the business is still involved and has veto rights for the person they will be working with."

Seqwater ICT also provides tools and methodologies for the business to use in their BPM initiatives.

"The reality is the organisation is going to go ahead and they're going to do process management whether we like it or not, so either we provide some tools for them to use and a handbook and some processes and we can at least try and generate some consistency in output or we can not generate these and wonder why everything that comes to us looks different," Nesbitt said.

Seqwater has also stood up a process executive steering committee and will also soon have a process council which engages "process thinkers" in the utility's various business units.

The utility is yet to buy BPM technology but is presently putting together business requirements with a view to testing the market.

Standardisation on the horizon?

While Nesbitt already sees the new approach to BPM as successful, he ultimately hopes the program will lead to continuous improvement becoming ingrained in Seqwater's culture.

He also hopes it will lead to some process standardisation that makes future operating models possible.

For example, the networking of water treatment plans could make it easier for Seqwater to "manage and balance overall network output, making sure that we understand the impact of one component going down [or] the impact of another area being damaged".

Adding mobility into that mix could potentially mean having employees that can "work across treatment plants" or operate them remotely.

In addition, automation could also be part of Seqwater's long-term vision, should processes become more standardised.

"If we can get [to process standardisation and automation], that's good.

"But that being said we're happy where we are now."