Sensing a new problem for the iPhone 5s 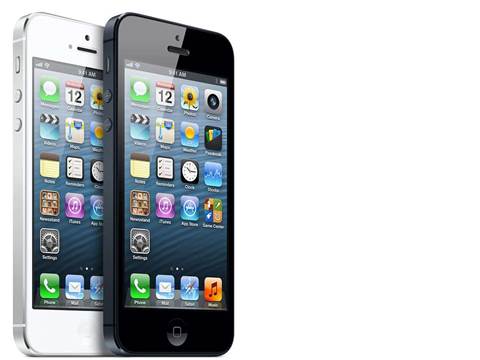 Will motion sensors be Apple's next antennagate?

In another possible major embarrassment for Apple, numerous users are reporting problems with the motion sensors of the iPhone 5S in what is being called “sensorgate”.

It appears that the gyroscope, compass and accelerometer in the phone are giving innacurate readings when compared to the iPhone 4, iPhone 5 or Android phones.

In a set of tests, tech site Gizmodo confirmed that the iPhone 5S was out by several degrees when using the built-in level app, which had a flow-on effect when trying to play a car racing game.

Other users have shown that the compass in the iPhone 5S gives markedly different results to the iPhone 5C and the iPhone 5 – differing by up to 30 degrees in some cases.

I was able to confirm the problem myself by visiting the local Telstra shop that had the 3 models located side-by-side.

The compass was basically all over the place with 3 distinct readings from each of the phones but the most marked problem was the measured incline. The iPhone 5 was spot on but the iPhone 5S and the iPhone 5C both reported a -3 degree incline when the phones were level. Tests of the iPhone 5S Compass

Various theories have been put forward as to the cause of the problem. One argument goes that because the iPhone 5 and iPhone 4S phones used as comparison are running the same operating system as the iPhone 5S, iOS 7, it can’t be a software problem. That isn’t necessarily true of course.

The software may be responding properly to the earlier phones and just have a bug that isn’t interfacing correctly with data coming from the iPhone 5S’s sensors.

The other possibility are the sensors themselves not being calibrated correctly or their calibration being affected by their interaction with other circuitry once the phone is assembled.

Finally, the new M7 sensor coprocessor that has been added to the iPhone 5S specifically to handle data from the sensors may be at fault. Users on the MacRumours forum have reported fairly systematically that nearly all phones are affected.

The results are random and sometimes only become apparent several hours after switching the phones on for the first time. Although the occasional user has reported an iPhone 5S reporting the correct incline, I suspect that this is somewhat akin to the broken analog watch issue – it will report the correct time at least twice a day. If the sensors are variably affected, some will randomly report the correct result.

The users who will be most affected by this are those that use their phones for games that rely on the sensors for gameplay. Flight simulator games and driving games in particular. Users may not even be aware of the problem as they will naturally compensate for the phone’s lilt. Once you do notice the offset however, it is difficult to not be put off by it.

Even though some may dismiss the problem as trivial and easily unnoticed, for Apple it may present a much bigger problem. For a company that is desperately trying to re-establish itself as innovative and a master of engineering and design, the sensors issue will be an extreme embarrassment in the same way that the problem with the iPhone 4 caused Tim Cook to issue a very public appology.

The problem is though that unless this is something that can be fixed in software (unlikely), giving users a plastic “bumper” will not be the solution. Apple would have no option other than issuing an offer of a full refund which would be extremely expensive.

The other takeaway from this story is that the use of a phone’s sensors must be treated with caution, especially if you were hoping to use them in a situation which involved personal safety. If you were planning to go trekking in a remote region, a traditional compass would be a much better bet.

Visiting the Apple Store in Perth I confirmed that all the iPhone 5S’s I tested (3 chosen at random) displayed the problem, incorrectly measuring between 2 – 4 degrees incline on a level plane. Interestingly, the iPhone 5C also showed incorrect readings but this was between 1 and 2 degrees. The iPhone 5C may share the same type of gyroscope as the iPhone 5S but the reason for the difference between the two is unclear.