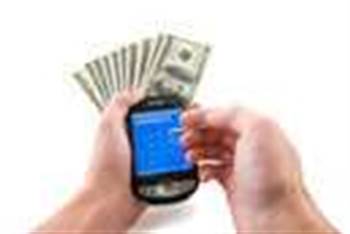 Many people are flogging their mobiles but leaving valuable data, such as bank account details, on the device.

Over half of secondhand mobile phones retain important personal data of the original owner, research has shown.

The investigation, from advisory body CPP, found 247 pieces of personal data on a range of mobile phones and SIM cards which had been sold either online or through secondhand electronics shops.

A survey conducted as part of the research found half of secondhand mobile owners had discovered personal data from previous users on their devices.

“This report is a shocking wake up call and shows how mobile phones can inadvertently cause people to be careless with their personal data,” said CPP’s mobile data expert, Danny Harrison.

“With the rapid technology advancements in the smartphone market and new models released by manufactures multiple times a year, consumers are upgrading their mobiles more than ever and it is imperative people take personal responsibility to properly manage their own data.”

Jason Hart, who was commissioned by CPP to carry out the experiment, said the best way to remove data from a SIM is simply to destroy it completely.

He recommended users double checked all their information had been removed before selling a device on.

“With new technology does come new risks and our experiment found that newer smartphones have more capabilities to store information and that information is much easier to recover than on traditional mobiles due to the increase of applications,” Hart added.

Managing what data employees are storing on mobile devices has been a growing issue for businesses.

In recent research from Symantec, nearly two thirds of surveyed firms said they recognised the risk of insecure mobile devices connecting to company networks - up 13 percent from 2009.

Got a news tip for our journalists? Share it with us anonymously here.
Copyright © ITPro, Dennis Publishing
Tags:
auditdatadlpidentitylossprivacysecuritysmartphones