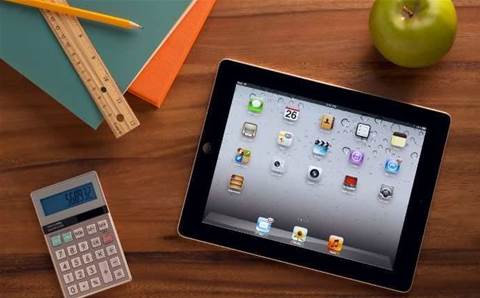 Queensland’s Education department is advertising for a new chief information officer just weeks after director general Jim Watterson said heads would roll over the failure of its OneSchool system to pass on child protection reports earlier this year.

The most recent person to hold the CIO post was Mark Hind.

Sources told iTnews Hind was one of two executives to have their employment terminated in the wake of a Deloitte investigation into the incident, which was released last month.

According to Hird's LinkedIn profile, he ended his employment with the department in October.

She confirmed that Michael O’Leary is currently acting CIO until a permanent replacement can be found.

Hind took on the CIO role after David O’Hagan moved up the executive ladder to temporarily fill in as acting deputy director general overseeing corporate services.

O’Hagan stepped down from the DET in August pending the outcomes of the Deloitte review into the OneSchool failure.

Watterson has taken a hardline approach to the incident, which saw as many as 644 reports about high-risk children suspected to be the victims of abuse lost after being lodged by Queensland teachers and principals. Deloitte traced the failure back to an undetected coding error.

The Education boss has sacked six internal and external employees over the ordeal to date.

The department has wasted no time recruiting for replacements, advertising the CIO role this week.

The IT portfolio spends $200 million a year on operational costs and runs $300 million worth of IT assets.

The department said it was looking for candidates who can “operate as a change agent in a changing environment”.

“This is an exceptional position that can make a difference to thousands of students across the state and will give you the ability to run one of the largest IT programs in Australia,” the job ad states.

Education is offering a salary of up to $242,698 a year and a three-year contract with possible extensions.