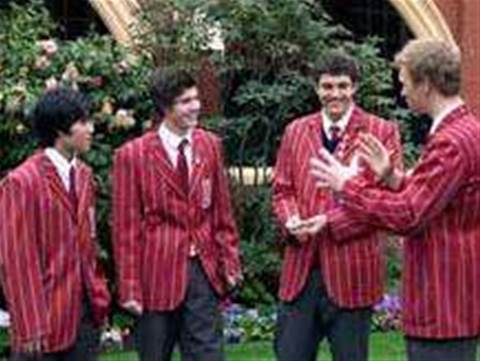 The college has been involved in an early adopter program with Microsoft Australia since early 2007.

It has deployed Exchange 2007, Office 2007 and Office Communications Server 2007 for 250 users – predominately teachers and other staff, according to Greg Baker, Director of Computing at Scotch College.

Staff are trialling two desktop handsets – either the Polycom CX200 ‘Catalina’ or the ‘Tanjay’ phones, which also come with a touchscreen.

Staff calendars and contacts are integrated with the hardware handsets.

All staff can click-to-call from within their Office or Outlook applications, or via a softphone installed on their desktops.

“The click to dial is good, and I also like the integration of voicemail into Outlook,” explained Baker.

Pending the outcome of the trial, the college is planning to bring students onto the platform within the next six months, according to Baker.

Students will be provided with an Outlook web email account, which will provide a basis for adding ‘a whole range of other software’, Baker said.

“The presence capability would be potentially very powerful for students to be able to be in contact with teachers, if the teachers make themselves available [on the system]."

The centralised system would also enable the Computing department to filter email.

The department is also looking to how to provide instant messaging services that they can control and audit.

In the meantime, the current unified communications system is helping to streamline the way teachers work day-to-day, Baker said.

Teachers can now mark attendance records with a handheld device, such as a notebook or Palm Treo smartphone.

There is also no need to physically take the register to the administrative office, as attendance records are updated centrally and in real-time.

Teachers can also now call parents from anywhere in the school campus to inform them of the unexplained absence. Previously, the absence of multiple students would have ‘seriously disrupted’ their teaching schedules.

Although the college also looked at a Cisco IP telephony platform before embarking on the Microsoft trial, Baker said they would ‘prefer to go with Microsoft’ due to the college’s existing Microsoft backbone.

“We’ve seen a significant level of interest from higher education and learning institutions – at least one a week that is interested in some aspect of the technology,” Melnick told iTNews.

“The conferencing aspect is proving attractive in allowing interaction with remote campuses."

“The RoundTable [videoconferencing device] also enables institutions to offer classes that potentially would have been taken off the curriculum because there weren’t enough students in one location [to run it],” he said.
Got a news tip for our journalists? Share it with us anonymously here.