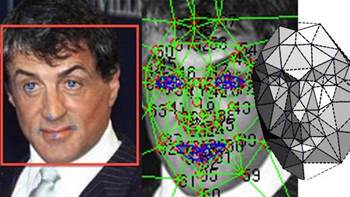 Over 1500 researchers across multiple fields have banded together to openly reject the use of technology to predict crime, arguing it would reproduce injustices and cause real harm.

The Coaltition for Critical Technology wrote an open letter to Springer Verlag in Germany to express their grave concerns about a newly developed automated facial recognition software that a group of scientistts from Harrisburg Univeristy, Pennsylvania have developed.

The coalition wants the publication of the study - and others in similar vein - to be rescinded, arguing the paper makes claims that are based unsound scientific premises, research and methods.

"The software can predict if someone is a criminal based solely on a picture of their face," the Harrisburg University researchers claimed.

Automated systems that sift through human populations looking for individuals that are likely to commit crime in the future, and apprehending and punishing them before the illlicit activities take place, were predicted by authors George Orwell and Philip K Dick in the 1940s and 1950s.

Crime prediction technology was popularised in Minority Report, a 2002 movie based on the similarly named short story by Dick.

However, despite the promise of less biased crime prevention through machine learning based on practices claimed to be fair, unbiased, accountable and transparent, the coalition of scientists sounded the alarm, arguing the techology is anything but.

Data generated by the criminal justice system cannot be used to "identify criminals" or to predict their behaviour, as it lacks context and causaility, and can be fundamentally misinterpreted, they argued.

In addition, people of colour are treated more harshly by the legal system at every stage than white people in the same situation, countless studies have shown.

This inherent bias in the justice system causes serious distortions in the data, the coalition of scientists said.

There is insufficient training and incentives for machine learning scholars to acquire the skills necessary to understand the cultural logics and implicit assumptions that underpin their models, which has created a crisis of validity in AI.

Less than two years ago, Amazon was forced to stop using a secret AI recruitment engine after machine learning specialists discovered the algorithm did not like women and selected male applicants instead.

Machine learning must move beyond computer science, the coalition said.