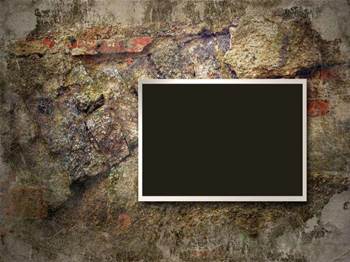 Coupled with current recycling methods, the technique could entirely prevent old LCD TVs, laptops and computer monitors from being incinerated or added to landfills.

The technique, being developed by academics at the University of York, recovers the chemical compound polyvinyl-alcohol (PVA) from polarising films in waste LCD panels.

Waste LCD panels are heated in water in a microwave, then washed in ethanol to extract PVA in a porous, "expanded" form.

PVA is more commonly known as wood glue, and its applications range from adhesives to construction and electronics.

Due to its large surface area, expanded PVA is expected to be particularly useful as tissue scaffolds that are used in medicine to help regenerate human tissue.

"This expanded version allows us to incorporate bioactives," explained Avtar Matharu, who is developing the technique with colleagues James Clark and Andrew Hunt at the University of York, U.K.

"We're effectively creating a bioactive sponge which then could be used to aid wound healing," he told iTnews.

With researchers estimating that 2.5 million LCDs are approaching their end of life, environmentally friendly device disposal is a growing concern.

In 2002, the European Parliament passed a directive requiring LCDs with mercury backlights, or an area greater that 100 cm2, to be disassembled prior to incineration or being sent to landfill.

Matharu said landfills are not an ideal disposal method because "there may be long-term problems with having these chemicals in the ground".

The PVA recovery technique has been implemented by some of the eight industrial partners involved in the university's government-commissioned REFLATED project.

It will be made available to recyclers worldwide when the research project concludes, Matharu said, noting that the projects already receive three to four enquiries from recyclers each week.

"In terms of cost, we're not looking at this as a commercial venture," he told iTnews.

"What we're doing is diverting a resource from landfill or incineration and treating it with green technology."