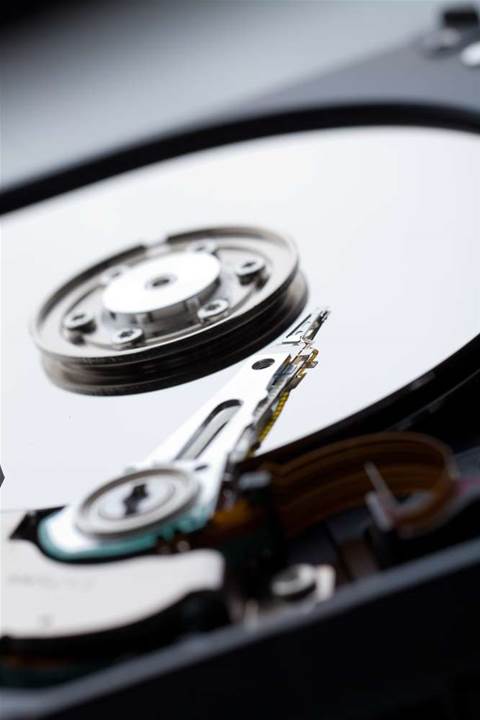 A new, heat-only method of writing data on hard disks could speed up information recording by a thousand times, British physicists have claimed.

The York University method builds on heat-assisted magnetic recording (HAMR) technology in development by the likes of Fujitsu and Seagate.

In traditional hard drives, data is recorded by “write-heads” that use a strong, localised magnetic field to affect the motion of electrons, and thus the magnetic state, in an area of film.

HAMR drives use film that -- unless heated -- is more difficult to magnetise, so "magnetic bits" can be packed in more tightly without being accidentally reset. Within the next three years, storage vendors expect HAMR to boost the capacity of hard drives to tens of terabytes.

York researchers proposed to improve the speed and efficiency of HAMR by doing away with the use of a magnetic field entirely – a move previously thought to be impossible.

“The use of the field was previously thought to be essential,” lead researcher Thomas Ostler told iTnews.

“Our discovery negates the need for the field ... with the added bonus that the process occurs around 1000 times faster than current methods.

“Without the field the hope would be that some of the power consumed in drives could be reduced over HAMR technology,” he added.

In a study reported in Nature Communications this week, Ostler’s team reversed the direction of magnetism in a film of Gadolinium, Iron and Cobolt using an ultrashort heat pulse.

The femtosecond (millionth of a billionth of a second) pulse heated up the film until it was unable to sustain magnetisation.

Because electrons in each of the metals cooled at a different rate, the magnetic state was reversed when the film was able to sustain magnetisation again.

Ostler said the method could record 100 gigabytes of data per second, as long as the film could physically move quickly enough to support it.

“The speed of the mechanical spinning plays an important role,” he noted. “If the engineering challenges could be overcome the potential rate of data transfer could be up to 100 GB per second.”

York University professor Roy Chantrell said the team had not estimated the cost of the new head-only method, but expected it to be cheaper than current technology, which was “difficult to manufacture”.

Hard drives that used the heat-only writing process would also be cheaper, denser and more reliable than solid state drives, he said.

The researchers said they were working with industrial partners but the technology would take “a few years” before becoming a “realistic commercial possibility”.