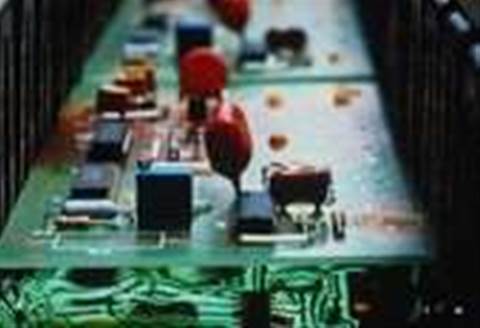 US boffins claim to have created the world's fastest transistor. Breaking their own existing speed record, the scientists at the University of Illinois at Urbana-Champaign demonstrated a component running at a frequency of 845GHz.

Made from indium phosphide and indium gallium arsenide, the transistor is approximately 300GHz faster than its nearest competitor, according to the team.

The new transistor utilises a pseudo-morphic grading of the base and collector regions, explained Milton Feng, the Holonyak chair professor of electrical and computer engineering at Illinois.

With the latest device, Feng claimed that the "Holy Grail" of a terahertz transistor is finally within reach.

In addition to using pseudo-morphic material construction, the researchers also refined their fabrication process to produce tinier transistor components. For example, the transistor's base is only 12.5nm thick.

"By scaling the device vertically, we have reduced the distance electrons have to travel, resulting in an increase in transistor speed," said graduate student William Snodgrass.

"Because the size of the collector has also been reduced laterally, the transistor can charge and discharge faster."

Got a news tip for our journalists? Share it with us anonymously here.
Copyright ©v3.co.uk
Tags:
boffins fastest hardware off show transistor worlds