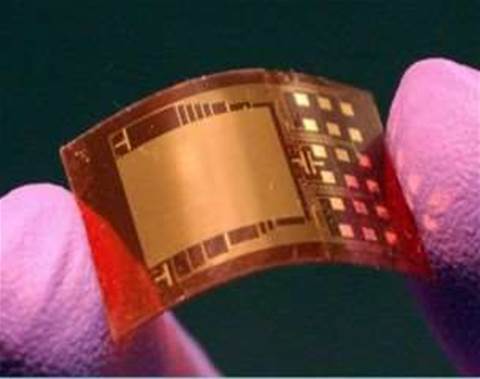 US researchers have built a three-volt generator that harvests mechanical energy to power a pocket calculator's LCD.

The 'nanogenerators' used a 2 cm x 1.5 cm array of nanowires that could one day be used to recharge pacemakers or iPods, the scientists said.

They relied on the piezoelectric effect to turn movement into electricity and could produce up to three volts and 300 nanoamps from "millions" of nanoscale zinc oxide wires.

Researcher Zhong Lin Wang of the Georgia Institute of Technology compressed the wires to power a blinking number on a commercial LCD that had been removed from a pocket calculator.

The new nanogenerator resulted from five years of work and was nearly 100 times more powerful that what Wang's group of researchers had developed a year ago, he said.

And while the three-volt output remained below the requirements of iPods and pacemakers, Wang believed the required levels would be reached within three to five years.

"We have successfully boosted the output of our nanogenerator enough to drive devices such as commercial liquid-crystal displays, light-emitting diodes and laser diodes," he stated.

"If we can sustain this rate of improvement, we will reach some true applications in healthcare devices, personal electronics, or environmental monitoring."