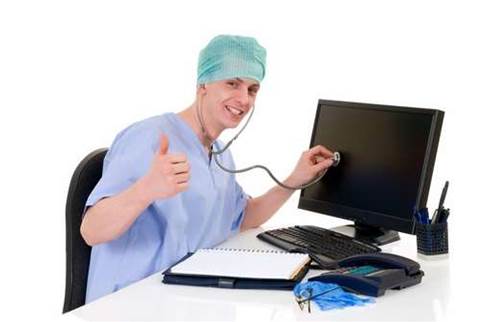 The Victorian Government's $360 million whole-of-health IT modernisation was scuttled by a complex three-way delivery arrangement that devolved project responsibility, according to a pair of former iSOFT executives.

Appearing before the Victorian Parliament’s Public Accounts and Estimates Committee back in August, James Rice and Gary White — both now with CSC, after its buyout of iSOFT last year —revealed their thoughts on Victoria's HealthSMART initiative.

The official transcript of their appearance before the committee was released last week. (pdf)

iSOFT landed a contract to supply its i.Patient Manager (iPM) software to the HealthSMART initiative in 2005, delivering the software to 10 "lead agencies" that consisted of a mix of hospitals, health alliances and area health services.

Via CSC, iSOFT won a contract extension that went largely unfulfilled. HealthSMART was then abandoned in May this year.

iPM was but one of the IT pieces that went into the statewide HealthSMART solution.

White, who is now Asia Pacific operations director at CSC, attributed HealthSMART's problems to "the way the contract was set up".

Rather than "normal" arrangements where iSOFT would either act as prime contractor or as a sub-contractor to the prime, iSOFT had responsibilities to the overseeing HealthSMART organisation and then to the health alliances, hospitals and area health services that ended up with iPM software.

"I think one of the overall issues with HealthSMART as a program is that no one organisation was given the accountability to deliver the whole program," said James Rice, who is now CSC's healthcare group managing director.

However the quality of the staff and their capabilities were not an issue, the executives said.

Other alleged shortcomings revealed by White and Rice were that:

No love for probity

Shortcomings in the strict probity requirements of the original procurement also rated considerable discussion in the hearings.

“When dealing with the public sector, you end up doing a lot of enhancement work to satisfy all the people who have contributed to those requirements,” Rice said.

“It is very hard from a single sentence and a tick box where we say we complied to then deliver the software and have them say, ‘That was not actually what we meant’.

The more enhancements there are, the more risk there is to the project running smoothly, Rice said.

More generally Rice said that probity rules barred any frank discussion about varying the requirements into something that could be easier to deliver and better for the health agencies involved.

Such variations risked having the tender aborted and another one take its place incorporating the new requirement because the market should have the opportunity to bid for the varied specification.

“We went through a tender process, we were successful in being selected, we negotiated a contract and we have delivered everything in that contract,” Rice said.

“I do not think the customer is getting as much out of the software as they can, and I truly believe the client cannot point to why they did it or what benefit they are getting from it. That, to me, is a consequence of the way it was procured.”

Most health services slated to receive the HealthSMART system are now free to choose what systems they would like to run.