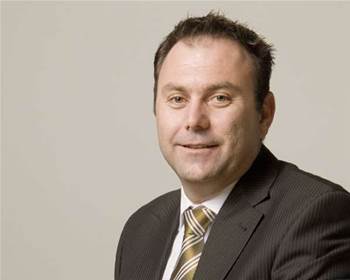 The German software company this week announced that it had appointed company stalwart Harbor as its cloud sales and go-to-market regional vice president.

Harbor was previously vice president of on-demand solutions in Australia and New Zealand. He replaces Mark Oakey, who has moved to another position internally.

His responsibilities will include the development and execution of SAP's regional cloud sales growth strategy.

"We'll certainly look to be doing is driving home initiatives that we've had underway now around some of the local hosting, to see if we can get cloud platforms actually hosted a bit more in the APJ region, which we think is really important given concerns around data sovereignty," Harbor told iTnews.

He said the role offered an opportunity to extend SAP's A/NZ initiatives more broadly into the Asia Pacific region and Japan.

"There's been significant practices and teams of people building up in these [overseas] markets," Harbor said.

"This position will be an opportunity to put my fingerprints on the business. When you take our initiatives to Japan and South-East Asia and South Korea, we kind of change it up a bit."

Harbor said SAP was looking to deliver above market expectations growth in the APJ region, with the launch of new initiatives such as the SuccessFactors platform creating new opportunities.

"On percentage terms, the APJ region has been the fastest growing market in our SAP cloud business area and we don't anticipate that's going to change," Harbor said.

He cited SAP's Business ByDesign win at NSW Trade and Investment in July as helping drive a "shot in the arm" for the vendor's cloud strategy in the public sector vertical.

The first phase of that project is due to be delivered by the end of this year.

"We're spending a lot of time making sure the learnings out of that [project] are reusable," Harbor said.

"We're very focused on making sure that's a successful engagement.

"Clearly once we've got that stood up and positively endorsed, our ability to really go and crow from the rooftops [to other public sector prospects], so to speak, is amplified."

Got a news tip for our journalists? Share it with us anonymously here.
Copyright © CRN Australia. All rights reserved.
Tags:
apaccloudcloudcovernetworkingsap