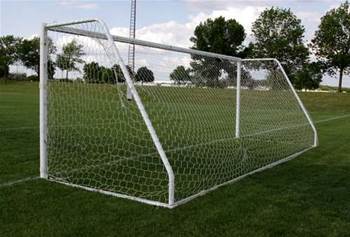 Can't make money out of the hosted offering.

SAP unveiled its Business ByDesign product around two years ago, but it is still not ready for wide-scale customer deployment.

The company claims that the service is generally available in the UK, but many customers have been denied access to the software because SAP cannot afford to host the suite due to its underlying virtual architecture.

SAP said that this predicament should change by the summer of next year, but some analysts doubt this claim, and argue that the company is misleading customers and the press.

The 40 current customers of Business ByDesign in the six countries where it is available are being used by SAP as good practice case studies, or what it calls "referencing accounts", for when the firm is ready to encourage more businesses to sign up, according to Rainer Zinow, Business ByDesign innovation vice president.

"With the budget we have, we can only allow a certain number of customers to deploy the solution. We are specific about who we sign," he said.

"Everyone wants to buy it, but the issue is how we can make money. The cost of operating the system is so high that we can't meet the profitability targets that our chief financial officer assigned to us."

The company announced the launch in 2007, and has since been trying to solve the scalability issues inherent in running the solution through a virtual blade environment.

Stefan Reid, an analyst at Forrester Research who used to head up the product management division for SAP's Netweaver infrastructure, said that Business ByDesign is unlikely ever to be scalable because it is not based on a multi-tenant architecture.

"SAP said that the architecture of Business ByDesign is multi-tenant, but it can't be because SAP has also said that it is powered by Netweaver, which I know is not multi-tenant," he said.

"And if SAP wants to sell a software-as-a-service [SaaS] solution at a competitive price point, it has to be scalable."

"SAP is fooling the market because it claims that Business ByDesign is a SaaS solution, when really it is a big scandal. Ask SAP to convince an analyst it can be scalable," he said.

"What this will mean for the customer is that they are let down in the expectations for price point and scalability."

However, Zinow claimed that SAP is committed to solving the scalability issues by 2010, and will reveal more in October about how this will be achieved.

In the meantime, Zinow outlined his two top-level strategies. SAP will use a different blade format - Intel's new Nehalem processor - in the Business ByDesign architecture to bring the cost of hosting down, and the current manual processes for the Business ByDesign set-up, upgrade and patching will be automated.

SAP executive board member Bill McDermott confirmed the company's commitment to the product at this week's SAP World Tour in Birmingham.

"It is one of the biggest breakthrough products in the market and in the history of SAP and we will make sure it is a home run," he said.

Until then, customers wanting to roll out Business ByDesign will need to deploy the full end-to-end process suite, rather than being allowed to buy just one component such as human resources or capital management, according to Zinow.

SAP claimed that it will have 40 more customers rolling out the package in the next few weeks, taking the customer base to 80, the majority of which have bought all the components. The 10 which have not, and which are running only single applications, are those that took part in the very early testing, Zinow said.

"This is the dilemma we are in right now. Until we get the costs down we have to be selective about who runs it," he said.

Asked whether Business ByDesign is actually generally available, Zinow replied: "It is a matter of terminology. I am not fluent in marketing jargon."

Got a news tip for our journalists? Share it with us anonymously here.
Copyright ©v3.co.uk
Tags:
businessbydesigncustomerssapsoftwarezinow