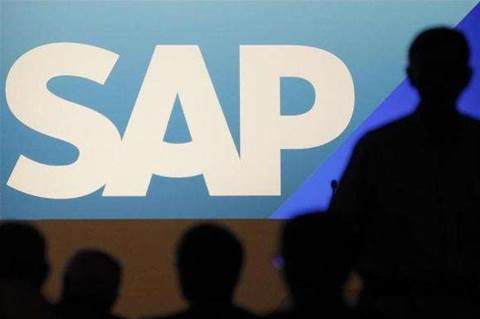 German business software maker SAP has pushed back its profit target as it waits for subscription revenue from cloud-computing to gather pace and invests more in the business to keep up with a fast-growing market.

The Walldorf, southern-Germany based company and global rivals such as IBM and Oracle are racing to meet surging demand for web-based software products.

The global cloud services market last year grew by almost a fifth to an estimated US$131 billion, according to research firm Gartner. IBM Markets Intelligence estimates the market could be as big as US$200 billion by 2020.

SAP's customers, which include Coca-Cola, McDonald's and Vodafone, are moving to cloud computing because there are no upfront costs for program licenses, dedicated hardware or installation, making them less vulnerable to any economic downturn.

Instead they pay smaller license fees over a longer period of time. For SAP, that means income from such services will be spread over more years in smaller chunks but will be easier to predict.

SAP entered the cloud business in 2012 after spending US$7.7 billion on buying internet-based computing companies Ariba and SuccessFactors.

The company foreshadowed to iTnews in November that its investment in cloud computing would come at a cost to short-term revenues.

"Next year's cashflows might be spent on acquisitions of cloud companies. The aim of reaching 3-3.5 billion in cloud revenues by 2017 will hardly be achieved without acquisitions," said Warburg Research Andreas Wolf, who rates SAP stock as "hold".

Co-Chief Executive Bill McDermott told reporters he did not exclude more acquisitions but said SAP aims to grow by itself for now. "When an acquisition makes sense, we will do it," he said.

"Revenue from cloud services does not come up front. It is a subscription cycle with recurring revenues. So three years down the road, revenues and profits will climb based on that subscription model. But in the short term it lowers your margin rate," McDermott said.

He said SAP wants 65 percent of its revenue to be recurring by 2017. That compares with about 50 percent now.

For 2014 SAP expects operating profit at constant currencies of 5.8-6.0 billion euros, up from 5.51 billion last year.