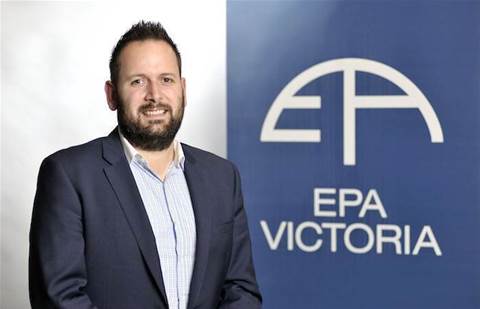 Cloud, IoT sensors and low-code development are in, on-prem IT is on the way out.

Victoria’s Environment Protection Authority (EPA) has embarked on a multi-year IT transformation project that will see it suppress the role of monolithic applications.

Instead, it will favour an integration platform that lets staff use a low-code development environment to link different information sources into custom apps.

As explained to iTnews by CIO Chris Moon, the agency today relies on SAP CRM and another human resources application, both of them on-premises and monolithic.

Developing the agency's capabilities with both has proven difficult, while maintaining on-premises infrastructure has also proven painful.

“Our IT organisation has a limited number of staff,” Moon said. “If you have on-premises technology you need people or a managed service provider. You have a team that becomes operationally focused.”

“For now the issue is that our backend infrastructure and how we store and aggregate data is what holds us back,” Moon said.

“We want to shift the focus of the team to analytics and new business processes,” he added.

The agency has therefore committed to a cloud-when-possible-and-eventually-always strategy, with integration between existing on-prem assets and new cloud tools to move the agency in the right direction.

Moon’s push isn’t just a CIO adopting the latest and greatest: Victoria reviewed the role of the EPA in 2014 and in 2018 enacted a new Environment Protection Act that made it an independent statutory authority and expanded its remit to provide science-based programs and policy advice to protect the state’s natural environment.

An additional $162.5 million of funding, over five years, included “$19.3 million for data and information provision to improve public access to information”.

Hence Moon’s interest in IT improvements, which he feels can be accomplished by adopting an integration layer to connect on-prem and cloud apps to help the agency build apps that scrape data from various sources so that staff can get the data they need to do their jobs right.

Moon valued a low-code development environment so that technically-inclined staff could do some of that work himself, and also because he wanted to avoid hiring a big development team.

Dell Boomi tickled his fancy and ticked the right boxes, so will soon become the integration layer for projects such as replacing the backend for the Authority’s network of environmental sensors.

The hope is that doing so will make it possible to adopt cheaper sensors that in turn allow wider deployment and mean more readings of environmental data, more often.

“Citizen science” that sees sensors owned by third parties contribute their readings to EPA data is one-hoped for outcome of that effort.

Another is easier deployment of the EPA’s own hardware, which can currently take months to arrange and integrate.

Next will come reform of business processes, by making them less dependent on monolithic software.

Moon hopes that Boomi’s low-code development environments will then see EPA staff start to work on their own applications.

“Our science division has technologists and we see them as one of the first teams to do it. They’re heavy users of [statistics-centric programming language] ‘R’.

"Today using R means downloading data and we are trying to have them do that in the cloud.

“The goal in the end is to stop buying workstations,” Moon said, as cloud systems remove the need for the high-powered-and-priced desktop machines.

The rest of the Authority’s team can also expect new hardware.

Today, Moon said, the organisation assumes a Windows device for all chores.

As reform roles out he expects that many workers will use be handheld devices more appropriate for field work and be able to upload data from anywhere, with their field work quickly integrated into applications.