Samsung to sell HDD unit to Seagate for $1.3b 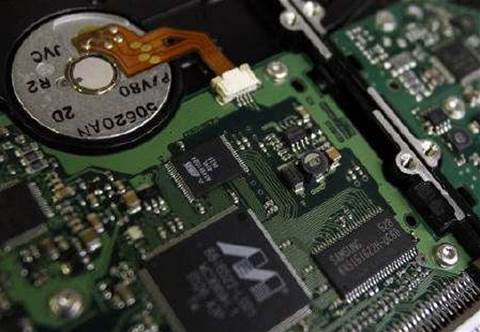 Samsung Electronics said on Tuesday it had agreed to sell its hard-disk-drive (HDD) business to Seagate Technology for US$1.4 billion ($1.3 billion) in cash and stock, as it plans to focus on its bread-and-butter memory-chip business.

The deal comes as the HDD industry is set to become even more competitive with Western Digital's plan to buy Hitachi's hard-disk-drive unit for US$4.3 billion, a deal that would create a global leader with deep resources.

For Seagate, the world's largest maker of hard-drives, the deal with Samsung will help it better compete with the enlarged Western Digital.

"The transactions and agreements significantly expand Seagate's customer access in China and Southeast Asia," Samsung and Seagate said in a joint statement.

"In addition, the mutual supply agreements enable Seagate to secure an important source of leading-edge NAND flash supply as the company expands its SSD (solid state drive)...and positions Seagate to be a more significant supplier of disk drives to Samsung," the statement added.

For Samsung, the sale would give the world's largest technology firm by revenue more firepower for acquisitions and expansion into new business areas such as healthcare and green energy.

It would also help the company focus on the competing SSD sector, which it dominates along with Intel and Micron Technology.

Samsung will receive 45.2 million Seagate shares worth US$687.5 million, or around 9.6 percent of the company, and the rest will be paid in cash, the two companies said.