Samsung Pay to launch in Australia next week 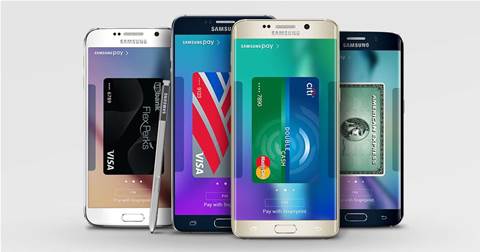 Samsung first announced its plan to bring its mobile payments platform to Australia in February this year in partnership with American Express. Citibank is also expected to be unveiled as a launch partner at next week's event.

The contactless payments service is based on mobile wallet technology developed by United States company LoopPay, which Samsung acquired in February last year. It was first trialled in Korea in July 2015 and later expanded to the United States, China, Europe, and Singapore.

Samsung Pay will be available on the Galaxy S7 and S7 Edge flagship handsets as well as the Gear S2 Smartwatch.

The contactless payments platform will join rival Apple Pay, which landed in Australia last November thanks to a partnership with American Express. In April it became available for ANZ Bank customers.