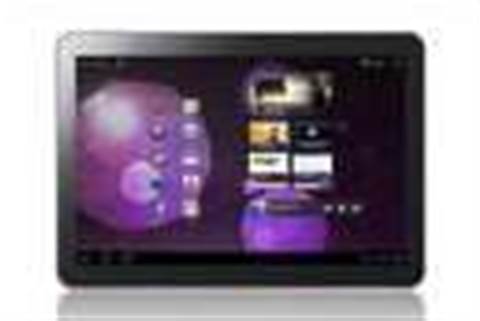 A German regional court has upheld a preliminary injunction preventing the sale of Samsung's Galaxy Tab tablets, marking another win for Apple in the global patent battle between the two manufacturers.

However, the Dusseldorf Regional Court restricted the injunction to Germany, going back on an initial decision affecting all European Union member countries.

According to reports of the case, Samsung will not be able to promote or sell any new products in Germany that infringe the successfully-enforced Community design; a design-related intellectual property right held by Apple.

The South Korean firm could go to a higher regional court, the Oberlandesgericht Dusseldorf, in a bid to have the injunction lifted.

However, the preliminary ban will remain in place as the case goes to main proceedings.

A final decision is expected then on whether to permanently ban the Galaxy Tab in the country or not.

If the latter scenario plays out, then Apple may be the one to lose out.

“If the decision at the end of the full-blown main proceeding is that the injunction should not have been granted in the first place, then Apple will be liable to Samsung for damages,” IP expert Florian Mueller said.

There is also some confusion as to what Samsung devices have been banned, as judge Johanna Brueckner-Hoffmann only said “Galaxy Tab”, without referring to specific models.

“The way the judge reportedly pronounced today's decision, Samsung won't be able to promote or sell any new products in Germany that infringe the successfully-enforced Community design for as long as the injunction is in force,” Mueller said.

Samsung was forced to pull the latest version of its Galaxy Tab line-up - a 7.7-inch version - from a German trade show last month due to the ongoing court case.

Apple and Samsung are currently involved in a number of court battles across the world including Australia, where the South Korean firm has vied for access to the iPad's sales figures for reference.

In the Netherlands, Apple recently won a case resulting in the sales ban of three Galaxy phones. The patent infringement could be avoided if Android 3 was uploaded to the devices, however.