Salesforce to pay $2.6 billion for ExactTarget 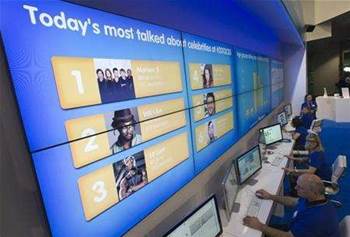 Salesforce.com, the biggest maker of online sales software, will pay US$2.5 billion (A$2.6 billion) for marketing software maker ExactTarget in chief executive Marc Benioff's most significant bet to date on the social marketing business.

Salesforce.com shares slid nearly 8 percent on investor fears that the bid, priced at US$33.75 a share or nearly 53 percent above ExactTarget's Monday close, will depress margins in the near term.

Some analysts also wondered how soon Salesforce.com's recent binge of acquisitions will translate into growth for the bottom line.

The ExactTarget acquisition is the biggest ever for Salesforce.com and its eighth in the past year.

It comes less than 12 months after Salesforce.com paid US$680 million for Buddy Media, another social marketing company that helps big brands manage Facebook and Twitter pages.

ExactTarget provides Internet-based marketing software used by businesses to personalise email and text messages and to run ad campaigns that use social media platforms. It has 6000 customers, including Coca-Cola, Gap and Nike.

Salesforce.com sees the acquisition as a way to offer a more comprehensive suite of marketing products to its customers, which include multinational businesses like Toyota that are increasingly looking to advertise through Facebook and Twitter.

Salesforce, Oracle and other companies that provide software services to businesses are seeking growth through aggressive acquisitions as their traditional businesses slow and smaller rivals take advantage of social media. Oracle has made 14 acquisitions since the beginning of last year.

Benioff on Tuesday hailed the acquisition as Salesforce.com's most important ever but signaled to Wall Street that he would now dramatically slow the pace of dealmaking.

"I really think what you are going to see is us taking a vacation from M&A for anywhere between probably 12 and 18 months," he told analysts on a conference call.

In recent quarters, Benioff has steered his company away from its roots as a sales management software maker into a more comprehensive service provider that offers marketing and human resources tools on the cloud, or over the Internet.

"There's a lot of questions on this deal in terms of how much revenue it will generate and what the effects will be," said Mark Moerdler, a senior analyst at Sanford C. Bernstein & Co, who warned that Salesforce.com's margins could continue to underwhelm.

"The company was an organic innovator and organic grower and they've transitioned to more and more growth-through-acquisition as the core business has slowed," he said. "That's a very difficult transition for the Street to feel comfortable with."

The ExactTarget acquisition is expected to close by July 31.

The offer is 6.6 times ExactTarget's expected revenue for 2013, according to Thomson Reuters. The Indianapolis-based company is not expected to post a profit in 2013 or 2014.

Despite Wall Street's immediate reaction, analysts say ExactTarget's customer base and product offerings are a good fit with Salesforce.com.

"Salesforce has a history of buying the best property in a sector," Barrington Research analyst Jeff Houston said.

"This fits into the marketing cloud. It acquired Radian6 that does social listening and it bought Buddy Media that does publishing and advertising, and now ExactTarget which brings its email marketing piece to (Salesforce.com)."

The acquisition will reduce Salesforce's operating cash flow by US$75 million to US$80 million in fiscal 2014. The company said it now expects fiscal 2014 cash growth in the low teens compared with its prior estimate of a growth percentage in the low 20s.

Salesforce.com said revenue for the fiscal year ending January 2014 would increase US$120 million to US$125 million as a result of the ExactTarget acquisition.

The acquisition is expected to reduce fiscal 2014 earnings by about 16 cents per share.

Jefferies & Co on Tuesday cut its price target on Salesforce.com shares to US$50 from US$54.

Salesforce, which had about US$3.1 billion in cash and marketable securities at the end of the first quarter, said it would finance the transaction through cash on hand and a term loan.

Its shares dropped 7.9 percent to close at US$37.80 on the New York Stock Exchange on Tuesday.