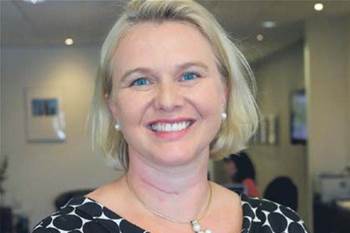 As department hires new IT execs.

The sacked former chief information officer of South Australia's Department of Premier and Cabinet has appeared in court to answer deception charges as she prepares to enter her plea.

Veronica Theriault was let go after seven weeks in the job last September over alleged dishonesty in relation to her job application, as well as abuse of public office.

Theriault was charged by the state's corruption watchdog following an investigation into her job application late last year.

She appeared in the Adelaide magistrates court yesterday via video link from Perth in a brief hearing.

Theriault is expected to enter her plea in the case when she next appears in court on April 19.

Corkill was reportedly hired by Theriault into a "service integration team leader" while she was employed at the DPC. Corkill is similarly expected to enter his plea on April 19.

The SA DPC today announced its replacement for the vacant CIO position, which has been restructured into a chief technology officer role.

Abhishek Singh has been appointed as the department's CTO, having been lured over from the South Australian department of finance, where he spent almost a year as the head of business and IT.

He is joined at the DPC by a new executive director of ICT and digital government, after the woman formerly in the role reportedly quit over the Theriault scandal. The Advertiser reported Sinead O'Brien resigned in late November.

Her replacement was today named as Dr Eva Balan-Vnuk, who joins the DPS from Microsoft, where she had most recently served as its state director for SA and national skills program lead. Balan-Vnuk has spent more than ten years since 2003 with Microsoft.