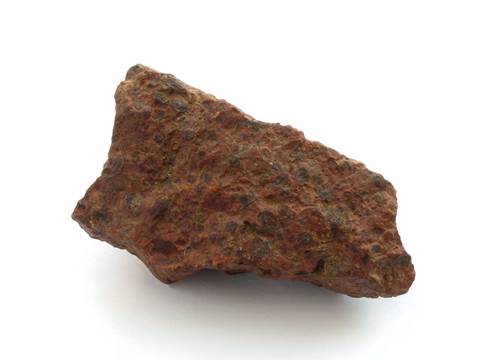 Pacific Aluminium deploys new IT service desk in a month.

Rio Tinto division Pacific Aluminium has successfully deployed a new service desk system in under a month as it rushes to prepare for divestment from its mining parent.

The new entity, formed via the amalgamation of the aluminium assets of Rio Tinto across Australia, New Zealand and Singapore, was established as part of a strategic review at Rio in October 2011.

Rio Tinto decided to create a standalone aluminium company with its own management and systems, with a view to divestment.

With the market for aluminium currently depressed, the systems for this new entity had to be stood up at high speed, without incurring too much cost.

“We need to be fairly agile and stand up on our own steam as soon as possible,” he told iTnews. “On several fronts we are greenfields in terms of infrastructure and network.

One crucial aspect of the project was standing up a new service desk during the transition to new systems – one that could continue to operate once the company stands alone later in 2013.

The service desk project required some major cultural change. The tools and processes in the aluminium business were deeply ingrained over decades.

Rio Tinto had traditionally centralised IT away from the work sites to outsourced service desks, but Pacific Aluminium reverted to a model of on-site generalists being granted responsibility and ownership for their own systems.

“So we decided that if it was a 75 to 80 percent fit out-of-the-box, we could use that today and configure what we need to develop in the future. That was the line in the sand, and the key to speed. Any optimisations weren’t required from go-live.

“I had experience with the ServiceNow product previously – I had confidence that it was market leader and agile enough to meet our aggressive timeframes.”

Campbell was engaged on September 25, 2012 for assessment, evaluation and commercials, and the system went live [as per the schedule below] on October 24, 2012.

Some 100 service desk staff use the ServiceNow solution on a daily basis to serve in excess of 4000 end users. It deals with around 400 tickets a week.

Campbell said the system – despite the rush – offered some streamlined features that even parent Rio Tinto would be envious of, especially around reporting tools and ‘self-help’ options for tech-savvy users that don’t want to wait for an incident or change request to be actioned.

“These days people expect more from IT,” Campbell noted.  “If you’re not on the front foot, it affects your reputation [as an IT department].”

Bills said that from 6:00am on the day of the launch of the service desk, he has closely monitored the volume of calls and the closure rate of incidents.

“It’s been fair to say that it was a sound success across the board,” he said.

The company estimated the SaaS solution would be 17 percent cheaper than the incumbent solution, but tangible ROI on the total project came in higher.

The project was delivered 20 percent cheaper than expected, and the company is also enjoying ongoing 20 percent per month savings by insourcing its IT Service Desk team.

“The appetite for risk within Pacific Aluminium is fairly large, and we had plenty of it on
this project," Bills said.

"There were a lot of dependencies around getting back the ownership of our hardware at sites, so we had to have our own service desk in place.

"We risked having to fail over to the Rio Tinto Service Desk, which would have affected their ability to serve their own customers.

"We also faced reputational risk around our capability as a very young IT department to serve our own sites. We wanted to demonstrate that the separation project as a whole was being managed well, so activating our own independent service desk capability on schedule showed cohesiveness between Pacific Aluminium and Rio Tinto.

“Sometimes, with the right product and right people, you can get it done with little fuss.”

Pacific Aluminium has entered this project in iTnews’ Benchmark Awards.