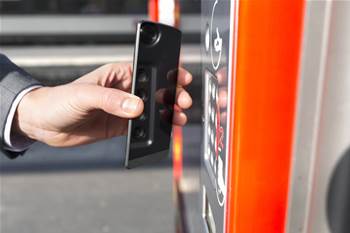 South Australia has begun testing the feasibility of smartphone-based payments on Adelaide's public transport network, joining NSW as only the second state to do so.

The Department of Planning, Transport and Infrastructure (DPTI) quietly kicked off the two-month internal proof of concept on select routes last Friday.

The trial will test two different technology approaches for one month each on Adelaide city trams and Hills and South Express bus services, ahead of a wider public rollout that gives commuters the option to pay for trips using their phone.

The department went looking for ticket operators to run the pilot in September last year.

A spokesperson told iTnews the proof of concept would see DPTI employees test the user experience of both NFC technology and barcodes or QR codes as means of payment, and assess any impact to current systems.

“This includes downloading the trial app, setting up an account, and experimenting with the ticketing process and then reporting back on findings,” the spokesperson said.

The NFC approach will use the Xerox Seamless public transport app – a universal solution that requires users to create an account and pay monthly post-paid invoices based on the number of trips completed.

The barcode approach, provided by London-based mobile ticketing company Masabi, allows users to pre-purchase tickets that are stored in a mobile wallet.

Both approaches require users to tap their devices to validate, but the Xerox solution uses NFC tags instead of the conventional on-board validator used for many smartcards.

There are currently no plans for mobile ticketing to replace the MetroCard smartcard and Metroticket on buses and tram, with any subsequent rollout to work alongside the existing system, according to the spokesperson.

Neither Apple Pay nor Android Pay, which have been used by Transport for London for more than two years, are being considered as part of the mobile ticketing trial.

NSW is currently the only other state trialling smartphone payments on its public transport system.

Transport for NSW's trial involves offering both mobile wallets and cards to commuters on the Manly to Circular Quay ferry route – the same tactic used for the introduction of the Opal card in 2013. However, the service is currently limited to Mastercard card holders.

No date has been set for the wider rollout of mobile ticketing in either Sydney or Adelaide.