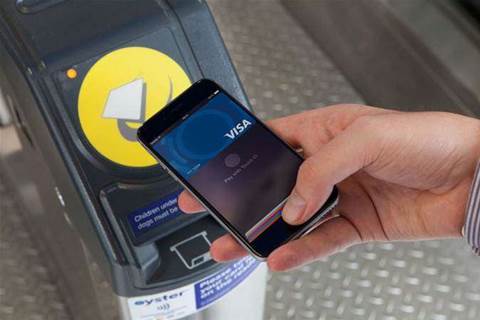 Apple Pay being used on the London public transport system

South Australia has joined the race to become the first Australian government to offer residents a smartphone-based system for paying fares on public transport.

NFC-enabled mobile payments technology is at the forefront of public transport ticketing, with Transport for London leading the way in smartphone payments. It began accepting Apple Pay on bus and rail services in July last year.

Until now, NSW has been the only state government to commit to testing the new technology, announcing it would begin trialling contactless credit card payments and phone-based tap-and-go solutions like Android Pay and Apple Pay from 2017.

Adelaide has now stepped into the ring, revealing it will run a three-month proof of concept of smartphone-based ticketing “on a selected transport route for a controlled test group of users”, according to tender documents.

SA’s Department of Planning, Transport and Infrastructure is keen to test a solution to "better understand how an alternative fare collection service can affect and improve the experience of public transport customers”.

The proof of concept will inform a potential approach to market down the line, ahead of a full public rollout that would allow commuters to use their phone to pay for trips instead of the existing 'Metrocard' smartcard solution.

DPTI is currently scouring the market for ticketing operators that could run the three-month pilot at minimal cost to the state government.

The proof of concept will need to showcase the feasibility of a phone-based solution, including successful integration into the Adelaide Fare Collection system, and compliance with PCI obligations as well as the Commonwealth’s Protective Security Policy Framework and ISO 27001.

DPTI will take submissions from industry until October 4, but has not offered an indication of when it expects the proof of concept to take place.