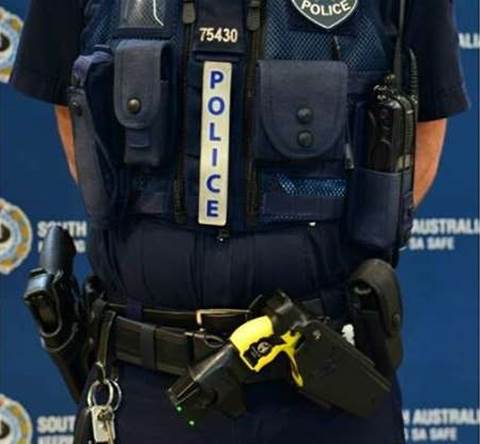 South Australian police officers will soon have yet another gadget to add to their kit, after Premier Jay Weatherill this morning announced $1.5 million in funding to expand a smartphone trial to 600 operational devices.

The latest funding will pay for 350 new Samsung phones, bringing the force-wide tally to 600, on top of 250 already rolled out as part of the pilot. The devices will be loaded with an app that allows SA cops to look up suspects on the state police database.

“Using this technology which comes with a specially designed crime fighting app, officers can quickly look up details of an offender, find out if there are any outstanding warrants or other important information that might be relevant," the premier said in his address to the SA Police Association this morning.

“This type of information is traditionally accessed via voice-over communications and officers are required to wait until another person has looked-up the information and relayed it back to the officer – this can be time consuming."

But officers will not be able to input data back into the system from the smartphones, a spokesperson for the premier confirmed - a function that is still exclusive to police desktops and 350 tablets that have also been deployed as part of a separate $1.7 million trial.

The rapidly disappearing pocket space of the state’s police officers is also being filled by a fleet of fingerprint readers that can be used to rapidly check suspects against the national CrimTRAC database.

The premier also used the event to flag the commencement of a review into red tape obstructing the progress of the state’s police towards efficient and “more paperless policing”.

He promised to unveil the terms of reference for the review “in the coming weeks”.

But Weatherill made no reference to the long-awaited replacement of the the force's ageing suite of applications. Before the March election, the Labor Government pledged its support to what is estimated to be a $40 million job, but has offered to timeframe for the work.