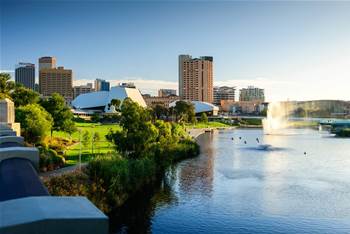 As the state's core policing system gets another $21m funding shot.

The SA government has set aside more than $20 million in this year’s state budget to help protect its systems from cyber attacks.

Budget documents handed down on Tuesday show an “immediate investment” worth $20.6 million over three years to “enhance [the] cyber security of government systems”.

The funding – which will flow to the Department of Premier and Cabinet – will be used to “improve whole-of-government ICT cyber security systems and processes”.

The government has also earmarked $4.7 million per year in ongoing funding to “increase the capacity of government agencies to protect ICT systems from the threat of cyber attack”.

It follows a $12 million investment in whole-of-government cyber security in 2020-21, less than $4 million of which was detailed in last year’s budget.

Earlier this month, the state’s audit office found 79 percent of the 292 public-facing environments it assessed had not been pentested in the last three years.

Elsewhere in the budget, SA Police scored $21.3 million to upgrade the linkages between its core information, data and records management system - called Shield - and other justice agencies.

The funding will allow the force to complete stages three and four of the long-running Shied project, which first began in 2013 and is underpinned by Niche RMS.

“Shield stages three and four will deliver a comprehensive integrated system that links directly with other justice sector agencies to improve collaboration and data sharing capabilities,” the budget states.

TAFE SA will receive $12.7 million over two years to “undertake a program of system and process improvements”, which builds on a $12.3 million program aimed at “enhancing its systems”.

“The program will also enable the redesign of more efficient processes across corporate governance and financial management functions.”

Only half of the 48 sites run by SA Health currently use an electronic enterprise management system to maintain resident information and care planning, with the remainder still using pen-and-paper.

“This initiative provides for the rollout of the electronic aged care enterprise management system to the remaining 25 regional sites,” budget documents state.

“The functionality of the system will also be expanded across all sites to include medication management accessed via mobile devices at the bedside, supporting data entry at the point of care.

“This will improve the safety of care to residents and administrative efficiency of the service.”

The government has also set aside $7 million over four years for an automatic vehicle location (AVL) system for the emergency services sector following a trial of the technology.