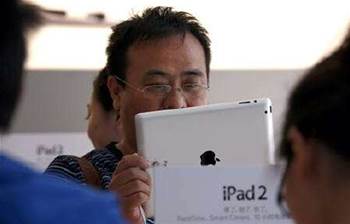 Apple does not violate patents owned by S3 Graphics, the International Trade Commission said on Monday in the latest ruling in the smartphone patent wars.

S3 had filed a complaint with the ITC in May 2010, accusing Apple of infringing four patents for compressing data for transmission and then decompressing it.

S3 said the technology was used to make Apple iPhones, the iPad, iPod touch and some Apple computers.

An ITC internal judge had issued a preliminary ruling in July that Apple infringed two of the patents and did not infringe two others.

The entire commission disagreed, ruling that Apple did not infringe any of the patents, and it closed its investigation.

S3 had asked for any infringing Apple products to be barred from being imported into the United States.

Worldwide, Google's Android platform has just under 50 percent of the global smartphone market. Apple was second with about 19 percent, according to the research firm Canalys.

The battle for supremacy of the lucrative market has been waged on many fronts, including in patent courts around the world.

The ITC can ban the importation of infringing products from entry into the United States.

The case is at the International Trade Commission and is No. 337-724.