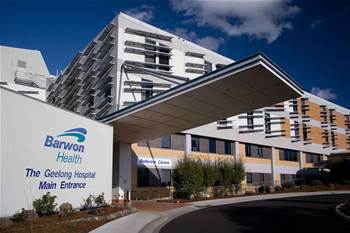 An alliance of 125 healthcare centres in rural Victoria could replace its fleet of 4000 PCs with thin clients and mobile devices under a virtual desktop project that commenced this week.

Other devices in the alliance’s 60,000-square-kilometre jurisdiction will be replaced over the next three years, as they are decommissioned under SWARH’s existing three-year desktop refresh strategy.

SWARH chief information officer Garry Druitt expected tablets – including iPads, Android and Windows 7 devices – to account for up to 20 percent of its hardware fleet under the new virtual desktop plan.

Software will be served from the alliance’s data centres in Warrnambool and Geelong, which will be completely virtualised within 12 months after a four-year effort.

Druitt declined to disclose the value of the deal, stating that the project was funded from savings, including $1 million a year SWARH would otherwise spend refreshing ageing desktops.

Druitt said this would still be cheaper than the alliance’s current three-year refresh plan because the thin clients accounted for less than a quarter of the cost of each desktop.

“Our business plan over five to ten years is to redirect spending into centralisation, standardisation, virtualisation, extend life of devices, get people to bring their own devices … integrate telephony, have a great experience [and] focus on productivity.”

On the back end, SWARH will replace Dell Blade servers in its data centres with Cisco UCS equipment and procure and deploy some 200 TB of storage equipment from Cisco partner EMC.

Back-end infrastructure will be replaced every four years in accordance with SWARH’s current data centre strategy.

Much of the integration work will be undertaken by Cisco partner Dimension Data, which has been responsible for SWARH’s networks since 1999 and telephony since 2000.

By increasing the scope of Cisco and Dimension Data’s work, Druitt hoped to establish a clear line of accountability in the event of an outage and have SWARH’s IT staff focus on “outcomes” and “productivity” instead of software and hardware issues.

He hoped to “package and outsource” risk to SWARH’s IT providers to make it easier for SWARH, in turn, to meet service level agreements with its membership of 13 public health agencies, non-governmental organisations and medical clinics.

“If we have disparate solutions for each element, once we have a problem it’s very difficult for our people to diagnose where that is and what backend agreement we have with the vendor to solve the problem,” he said.

“Normally, vendors would look at their own [products] in isolation and say, ‘Well, it’s not our problem; it must be somebody else’s’.

“We’re looking to our integrator and Cisco to combine their guarantees and deliver that [always-on] outcome by making one phone call.

“If you use a Cisco validated design and have validated storage, they’re already managing your network, [and] they’re providing the end-point [devices].”

However, Druitt said SWARH balanced its preference for consolidated vendor solutions with a need for competition.

Druitt described the Barwon Health roll-out as a “trial” but said there was “no chance” that the project would not continue.

“If the trial doesn’t work, we’re no worse off than we are now,” he said. “[But] there’s no chance of that.