Royal Commission forcing banks to shift IT spend to compliance 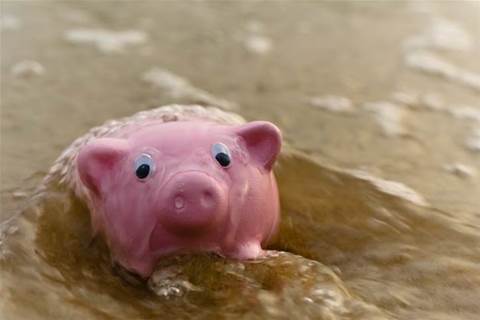 Australia’s tech-centric banking and finance sector is preparing to kick-off a major push to remediate dozens of internal reporting platforms in the wake of senior executives being slammed by the Royal Commission.

But there are increasing signs the sizable compliance technology investments now being prioritised could come at the short to medium term expense of more productive and profit-generating investments to appease increasingly forceful regulators, with vendors already being hit in the cross fire.

The Commonwealth Bank last week became the first major institution to caution the market it had adjusted its development focus to contend with Royal Commission fallout, with chief executive Matt Comyn telling institutional investors a whopping 64 percent of CBA investment was now “put against regulatory and compliance.”

Comyn also told investors the additional work will essentially be sweated out of existing resources rather than having a big ticket project price tag added.

“We have consistently said to date is we do not foresee a large scale investment that is going to be announced to be required. Of course, some of those productivity and cost reduction will require investment along the time.”

While the CBA’s trouble with regulators like AUSTRAC has been well publicised, a major issue with compliance technology drives is that they do little to nothing to increase productivity or profitability for institutions, unlike other projects.

CBA is not alone in calling out the high expense and low ROI of compliance-related technology spend.

Writing on ANZ's corporate blog, McMahon labelled GDPR as “the long arm of data policing” and said its requirements were a response to the “invasive use of data” but were necessary.

“Although the cost of compliance is significant, enhanced data privacy practices will ultimately drive a higher level of confidence from customers.  Individuals should trust the data they provide will be held securely and processed fairly,” McMahon said.

He sees consumer trust as its own reward.

“Banks are uniquely placed to strengthen this trust through an inherent focus on strong compliance and secure technology.”

But those views are cold comfort for tech services suppliers that have until recently been on a dream run with the banks.

On Monday IT services company DWS specifically blamed the Royal Commission for a hefty dent delivered by the financial sector.

In its half-yearly results presentation posted to the ASX, DWS attributed a slump in revenue from the banking and finance sector – its biggest vertical – to the Hayne probe of banks.

Whichever way you look at it, the fallout from the Royal Commission is set to spread further than the banks.