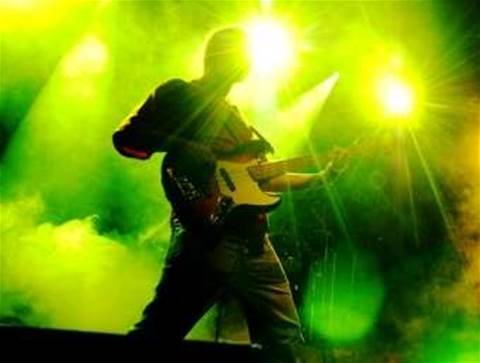 Australia’s government-funded ICT research bodies are breeding new technologies only to see them stumble on the way to commercialisation and plunge into a “valley of death”, or so a panel debated at CeBIT in Sydney this week.

Senior executives from Australia’s leading ICT research centres, including NICTA, DSTO and the CSIRO, lamented their lack of competitive advantage when trying to bring home-grown innovations to market.

Dr Mark Anderson, DSTO chief of command control communications and intelligence division, said that while Australians are adept at growing innovative ideas into working prototypes, it’s the next step of bringing that new technology to market where Australian innovators fall into what he described as the “valley of death”.

It was a sentiment shared by NICTA CEO Dr David Skellern, who used Australia’s diminutive contribution to the global ICT industry as an example to highlight our inexperience.

“The global ICT industry is a $3 trillion industry that Australia could exploit, but our products only make up 0.02 percent of that amount,” he said. “We have a huge opportunity to go global but we don't."

For fellow panellist, Jack Steele, chief of staff for CSIRO Business Services,
CSIRO ICT Centre, the problem has been exacerbated by Australia’s isolation and the immaturity of its innovation ecosystem.

“You need an ecosystem that supports a tradition of basic research and also commercialisation,” he said.

“But right now, many [Australian] ICT research centres just don’t have the knowledge to use that basic research for competitive advantage.”

But while Steele iterated the importance of supporting fundamental science research, Jason Calacanis, who is a serial entrepreneur, adviser to Sequoia Capital, and CEO of Mahalo.com, believed the problem lay in attracting the right people.

“Basic research is great, but it doesn’t always lead to great innovation,” he said. “I don’t think Australia is lacking in the research part but is instead lacking in the inspiration part.”

Calcanis said part of the problem in getting innovation from the lab to the commercial market was that research centres and start-ups attract different types of people.

“Government folk tend to be in government jobs for a reason,” he said. “Unlike angel investors and venture capitalists, who invest money that does not always return an investment, government agencies are held accountable for dollars they lose in commercialising or researching products.”

For this reason, Calacanis believes the ICT research sector is lacking the type of “rock star” innovators that define the success of many start-up companies.

He said Australia was facing an innovation crisis because young, motivated innovators were being attracted overseas, where the fast-paced world of start-up companies seemed more appealing.

“Australia needs to look at how it can replace these rebels who are going to the U.S.,” Calacanis said. “Unfortunately, research labs aren’t the place for insane entrepreneurial rebels.”

Instead, Australia needs to think about how it can be a place where rebels thrive, he said.

Other than attracting more rock stars to Australia’s research labs, NICTA's Skellern believed a solution could lie in following the European competitiveness and innovation framework program which supports SME innovation and provides access to finance and support services.

“We should get into the Euro framework,” he said. “Raise the bar on our competitiveness and get connections with different industries to promote our ICT ecosystem.”
Got a news tip for our journalists? Share it with us anonymously here.