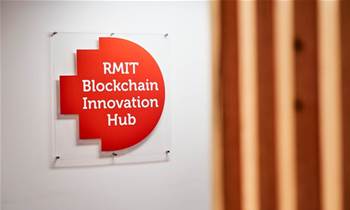 Victoria’s RMIT University has funneled an additional $6 million towards its Blockchain Innovation Hub, which was closely involved with the development government’s recent National Blockchain Roadmap.

The investment is largely slated for the BIH’s new Blockchain Business Lab to develop the new regulations, skills and capabilities needed by the growing blockchain industry.

The lab brings together research expertise from across the university’s business, law, economics and sociology faculties to address many of the key challenges and opportunities identified in the roadmap, such as the need for common standards and a framework on which recognised qualifications can be built.

RMIT’s investment comes on the back of the Bitcoin bubble of 2017-18 (underpinned by blockchain or distributed ledger technologies), and as some of Australia’s largest corporates including Tabcorp and heavyweights in the finance sector move past the hype to seriously consider blockchain’s place in modern enterprise.

While some higher education institutions and companies consider the challenges of bringing distributed ledgers to scale, RMIT’s Blockchain Innovation Hub is unique in its approach, BIH co-director Chris Berg said.

“As the world’s first dedicated social science research centre into blockchain technology, the RMIT Blockchain Innovation Hub is leading the way in both research and education,” Berg said.

“Our goal is to ensure that Australian students are ready for life in the blockchain economy and that Australian research makes its mark in this incredibly exciting space.”

The university has also struck up new blockchain research and teaching collaborations with the Singapore Institute of Management (SIM) and RMIT Vietnam to further strengthen its global links to the growing industry.

A report by Gartner estimates blockchain technology will generate an annual business value of over US$175 by 2025, and more than US$3 trillion by 2030.