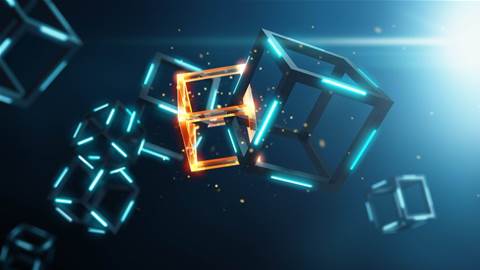 The federal government has laid out its plans to capitalise on the growing blockchain industry with the release of a National Blockchain Roadmap on Friday.

Citing a report from Gartner which predicts global blockchain use to generate over US$3 trillion by 2030, Minister for Industry, Science and Technology Karen Andrews said the new report outlines how the country can reap the benefits of the technology over the next five years.

The roadmap outlines three key areas in which Australia should focus its attention when it comes to blockchain investment and development, including:

The government has already covered three areas in one with a $350,000 contribution to Standards Australia to lead the development of international blockchain standards through the International Organization for Standardization (ISO).

Aside from the finance sector, which has so far shown the most interest in the technology, the roadmap highlights trade - especially agricultural exports - and universities as two sectors which would stand to benefit from forays into blockchain by tracking products along the supply chain, checking credentials and transferring customer information. 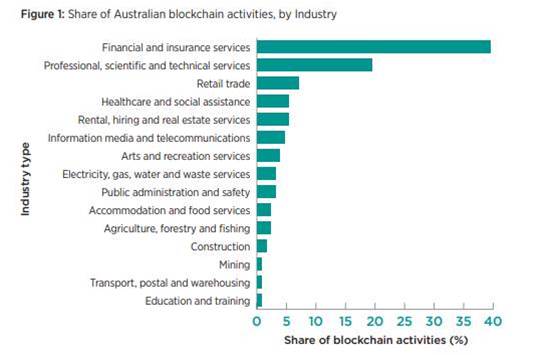 A look at which sectors have started blockchain projects. Source: The National Blockchain Roadmap

While Andrews says there has been significant growth in the number of blockchain-related jobs since 2016, and a large interest in blockchain from companies with under 200 employees, bigger businesses are still grappling with how to scale the technology.

The Commonwealth Bank, Nestle, IBM, the ASX and Swinburne University are all exploring the technology, especially in regards to how to overcome the significant inefficiencies of large, decentralised computer networks that always need to be on.

Nevertheless, the federal government is confident Australia can secure its share of a predicted US$175 billion in blockchain-related business value by 2025 by following the roadmap’s 12 steps: