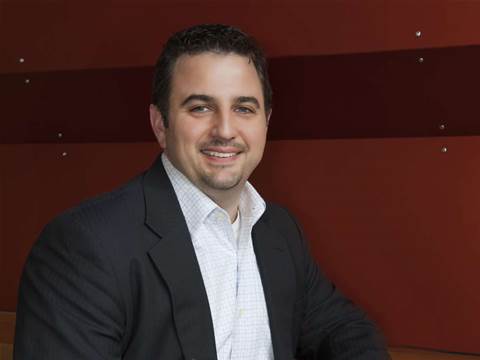 Brian Clark, RMIT University's executive director of IT services, has had an eventful career in the IT sector.

The US expat has worked on everything from internet start-ups to classified projects for the US Air Force; not to mention a ten-year stint overseeing various IT systems for ANZ Bank.

But of all the technological challenges faced by Clark in his career thus far, few have come close to RMIT's myDesktop VDI project.

Clark's brief was to deliver a virtual desktop infrastructure environment for the university's new Swanston Academic Building (SAB) in Melbourne, which would allow students to connect to the school's network using their personal devices from anywhere in the facility.

"Basically, the vision for this new space was that it wouldn't have any dedicated computing labs at all," Clark said in an interview with iTnews.

"Instead, we decided to give students access to the apps with their own devices which they naturally prefer to use anyway.

"The ultimate goal was making every space in the new facility a computing lab, whether they're sitting in a student portal, a lecture theatre, or the restaurants and cafes that dot the facility."

Up to 6000 students access the RMIT-University network at any one time using all manner of tablets, smartphones and laptops. The project's initial build thus proved to be quite an undertaking.

"I've been in IT since 1991 working with some very technical systems and VDI is easily in the top three most complex operating environments that I've been involved with," explained Clark.

"It's just a lot of moving parts; from storage, to compute, to network, to the layers of software that all have to work in concert. We also had to simulate what we call "boot storms", which is when thousands of students all sign on at once. How do you actually handle that spike in activity? So the complexity of architecture was definitely there. Failure wasn't an option." 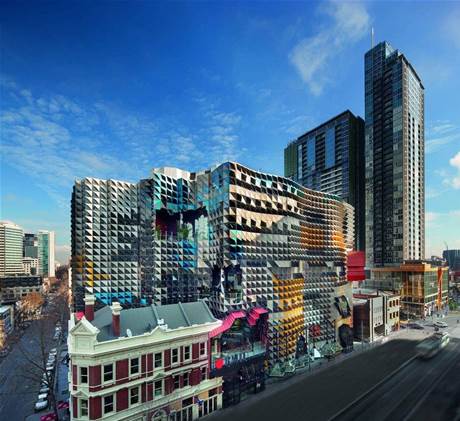 Despite the daunting nature of the project, RMIT University opted to accelerate the opening of SAB, which left Clark's team with a deadline of just six months to deliver the finished product.

They also had to deliver a Windows 7 managed operating environment for a broader university rollout at the same time.

"That gave us a little bit of a challenge," Clark said.

The myDesktop VDI was delivered on schedule to coincide with the building's opening in mid-2012. The project has enabled a PC-free learning environment where students can access software applications whenever and wherever they are needed.

It also allows students to print assignments from their own devices and pick up the job from any printer within SAB.

According to Clark, the most critical decision in building the MyDesktop platform was the vendor partners they picked; namely Citrix, Cisco and NetApp. Crucially, this allowed RMIT to base its VDI design on existing FlexPod reference architecture.

"Our vendor partners were all fantastic in helping us with the technical challenges we faced, such as getting the concurrency out of the platform and verifying we could handle the load. So having them heavily involved in the project was definitely key," Clark said.

At the planning stage, Southern Cross Computer Systems worked with Cisco and NetApp to pull together the base level compute and storage platforms. The application and desktop virtualisation technologies were then layered onto the foundation by Citrix. AppSense completed the solution by providing user virtualisation which ensured students had a consistent experience regardless of the device they used.

RMIT's vendor partners also played an important role in ironing out any technology kinks in the initial VDI build.

"There's always teething issues with these sort of projects, which are primarily around configurations," Clark explained. "When we hit those problems, Citrix, Cisco and NetApp in particular were great at working with us to say 'right, we need to tweak this parameter, we need to pull that back, this should be set up differently,' and so on." 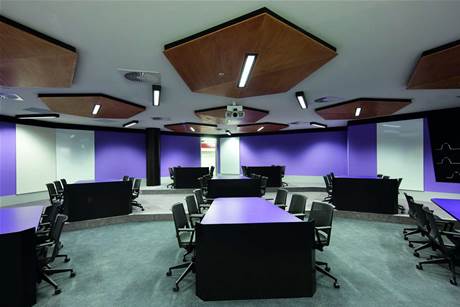 All classrooms are desktop PC-free.

Clark said most of the project's heavy lifting and trial-and-error occured during the creation of these configurations.

"Pulling all the moving parts together is the main challenge for VDI. If you take any one of these independant technologies, they're tried and true platforms that are fantastic. But it's about bringing all of those together and using the whole Citrix product stack to really make that VDI environment work.

"There's heaps of parametres that can be tweaked in any one of those parts of the system and each one has an impact on the other. So getting that right was probably the main challenge from an IT perspective."

Clark said the platform had been designed from the beginning to encompass the broadest possible spectrum in terms of device compatibility and minimum hardware requirements.

"Basically, we support anything that has a Citrix receiver client. Students can connect to MyDesktop on iPads, Android tablets, smartphones and pretty much any make of PC or Mac."

The myDesktop platform currently has 80 student-facing commercial and open source apps, ranging from the Adobe software suite to Microsoft Office.

"We spent a lot of time packaging and virtualising those apps so that they could run properly in the environment," Clark said.

Clark said the learning benefits enabled by a VDI environment were numerous, with student access to university applications a key advantage.

"At our previous facility, we had roughly 550 computers which of course had certain opening hours and access times. These needed to be shared by around fifteen thousand students to complete their course work.

"When you think about that, even if the labs wereopen 24/7, it's still going to be a big challenge in terms of giving everyone access to the applications they need. At SAB, this is no longer an issue."

At the time of writing, the RMIT myDesktop platform had been up and running for a little over six months.

"The student feedback we've been getting has been really satisfying," Clark said. "Being able to move around and complete course work without having to queue up for a lab is something they really appreciate.

"As far as I know, we have the largest BYOD VDI environment in Australia, so I'm quite proud that we've got what is a very technically complex environment running and performing well at this scale and capacity."

Hear how Brian Clark challenged his team to transform their environment at this February’s CIO Strategy Summit.